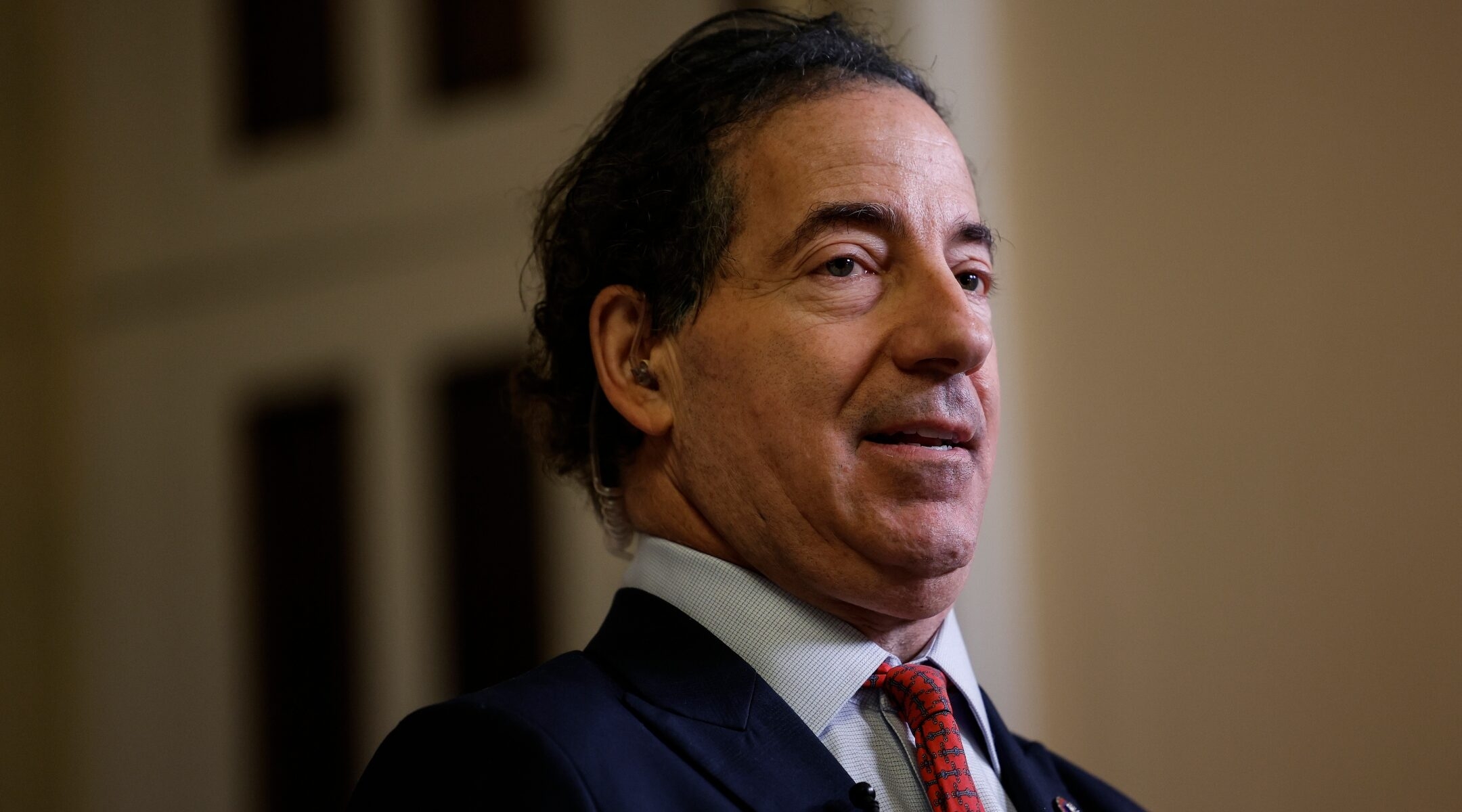 WASHINGTON (JTA) — Jamie Raskin, the Jewish Maryland Democrat who has been a lead investigator of former President Donald Trump’s alleged responsibility for the deadly Jan. 6, 2021, riot at the U.S. Capitol, announced he has a serious but curable form of cancer.

“After several days of tests, I have been diagnosed with Diffuse Large B Cell Lymphoma, which is a serious but curable form of cancer. I am about to embark on a course of chemo-immunotherapy on an outpatient basis at MedStar Georgetown University Hospital and Lombardi Comprehensive Cancer Center,” Raskin said Wednesday in a statement. “Prognosis for most people in my situation is excellent after four months of treatment. I expect to be able to work through this period but have been cautioned by my doctors to reduce unnecessary exposure to avoid COVID-19, the flu, and other viruses.”

His announcement included Raskin’s typical self-deprecating humor. “In addition to destroying cancer cells, chemotherapy impairs natural antibodies and undermines the body’s immune system,” he said. “I am advised that it also causes hair loss and weight gain (although I am still holding out hope for the kind that causes hair gain and weight loss).”

Raskin, who is about to start his fourth term in Congress was a lead prosecutor in the impeachment of Trump after the Jan. 6 riots. Raskin also played a lead role in the special bipartisan committee investigating the riots, which recommended federal criminal charges against Trump.

Just weeks prior to Trump’s impeachment trial, Raskin’s son, Tommy, died by suicide. The family set up a fund in his memory.

A constitutional scholar, Raskin has promoted Israeli-Palestinian reconciliation, in part through an intern program, and was a keynote speaker at the most recent conference of J Street, the liberal Middle East policy group. His speech focused on threats to democracy worldwide, including in the United States and Israel.