Founded in the late 19th century, the Gebrüder Wolf (Wolf Brothers) were a renowned German-Jewish vaudeville troupe. They started as the three sons of a butcher, but rose to prominence in the 1920s as singers, dancers, and comics. They wrote the song “Tudelband,” which is still a popular German folk song. The troupe disbanded in the 1930s, when German anti-Semitism became pervasive.

Flash to the present: Dan Wolf is a German-American, a rapper, and a member of the San Francisco hip-hop collective Felonious. He engages actively with contemporary black culture, but also treats it with the respect and detachment of a non-black performer. When Wolf learned that he was a descendent of the Gebrüder Wolf, it seemed at first like just a novelty, a cool connection to the past that happened to tangentially intersect with his own performance skills.

But as he learned more about the troupe, Wolf found exciting parallels to his own work. Though the subject matter (comedy vs. social commentary) was different, and so was the music (German folk songs vs. hip-hop poetry), both the Brothers Wolf and Dan Wolf are entertainers at heart.

Using records of some old Gebrüder performances, Wolf wrote Stateless, an original show that combines vaudeville routines with his own hip-hop and theatrical performance (watch an excerpt here). He created the show with his own “brothers”–not literal siblings, but Felonious bandmates Tommy Shepherd and Keith Pinto. Stateless isn’t just a vaudeville revival; it’s a new transformation, a mix of old-time dance and song with contemporary beatboxing, hip-hop, and meditations on black, Jewish, and German culture.

Purim and Yom Kippur
How These Cameroonian Christians Became Jews 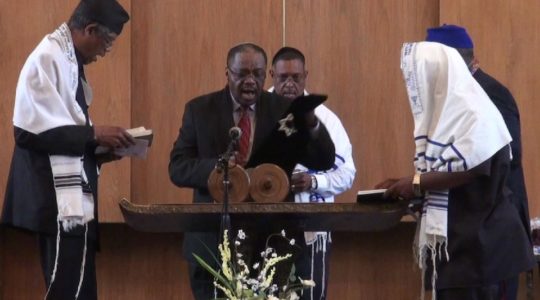