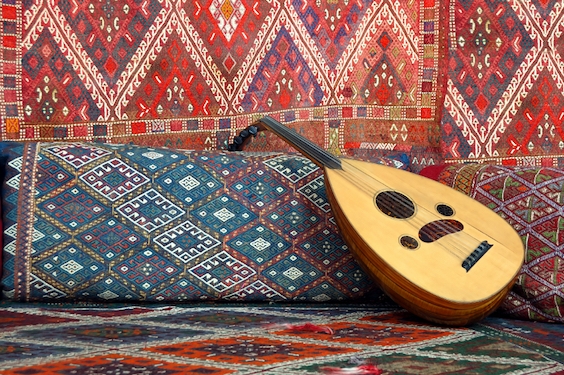 Not many people still collect mix tapes. Especially the kind that feature a hammered dulcimer, violins, and the strumming of an oud.

Then again, not many people have the rare footage and original recordings that have been collected and curated by Regine Basha. Basha is a second-generation Iraqi Jew and she grew up listening to her family’s all-night Iraqi-Jewish Arabic music parties. She has put together an incredible online audio-visual collection of music and stories about Iraqi Jewish musicians and their creative scene that she calls Tuning Baghdad, which is now a great radio show, too (with a new episode premiering 2/29).

This music is amazing not only in a lyrical sense – bringing together instruments and poetry sung in Arabic or Iraqi dialect. It’s also a kind of anthem to a people that was sadly displaced by the diaspora in the late 1940’s and early 50’s. Iraq was once home to a 2000 year old Jewish community. Many of the musicians who still play this genre – known as Iraqi maqam – are in their last years of life and Basha has arranged their live performances, sometimes in people’s living rooms. She captures rehearsals, home movies, and intense discussions about how music can transcend time and prejudice.

And as a music-lovers’ bonus, Basha includes “mystery mixtapes” from her own family’s recordings.

Listen to an episode of “Tuning Baghdad” here:

The Godfather in Yiddish