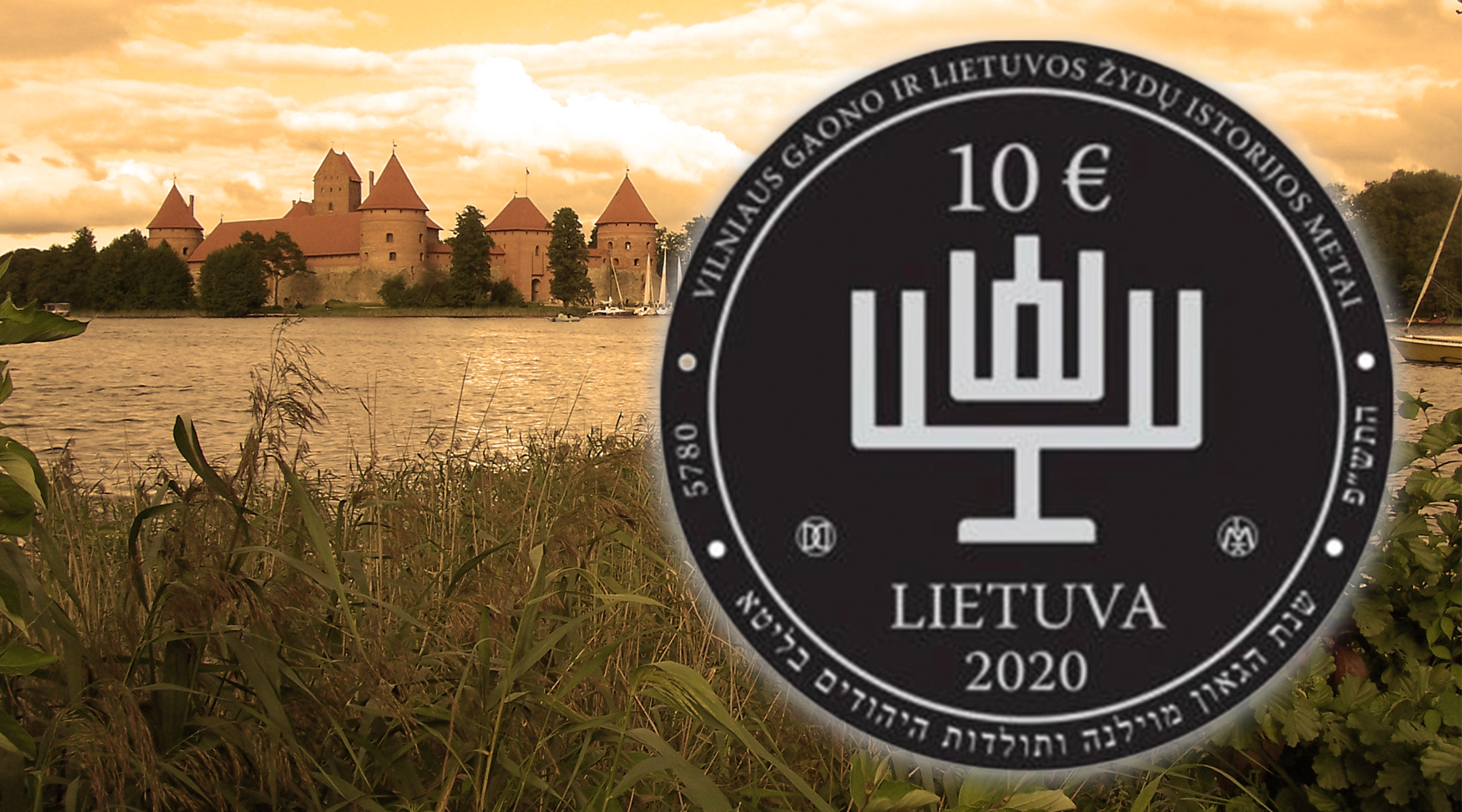 (JTA) — Lithuania announced it would celebrate Jewish heritage with a special coin, which some critics charge features a symbol associated with far-right admirers of Holocaust perpetrators.

The 10-euro coin celebrates 2020’s labeling in Lithuania as the Year of the Gaon of Vilna and Jewish Heritage” and features a menorah atop a local symbol known as the Columns of Gediminas, commemorating that 13th-century ruler. Together, the two shapes form what the local Jewish community now calls “the Litvak sign.”

The columns are not inherently an anti-Semitic or ultranationalist symbol, according to Defending History, a platform critical of the glorification of Nazi war criminals in Lithuania and Eastern Europe. But “in recent years and decades it has been weaponized as a symbol beloved by the antisemitic far right,” according to a Nov. 15 article on Defending History, which was set up by the Yiddish scholar and activist Dovid Katz.

“It is a symbol prominent in neo-Nazi parades in our own times” that has “added to the swastika to produce the Lithuanian swastika,” Defending History wrote in protesting the symbol’s selection to feature on a coin.

Faina Kukliansky, the chairwoman of the Jewish Community of Lithuania, acknowledged in a statement Friday what she described as the Columns’ hijacking by ultranationalists but defended the symbol’s selection.