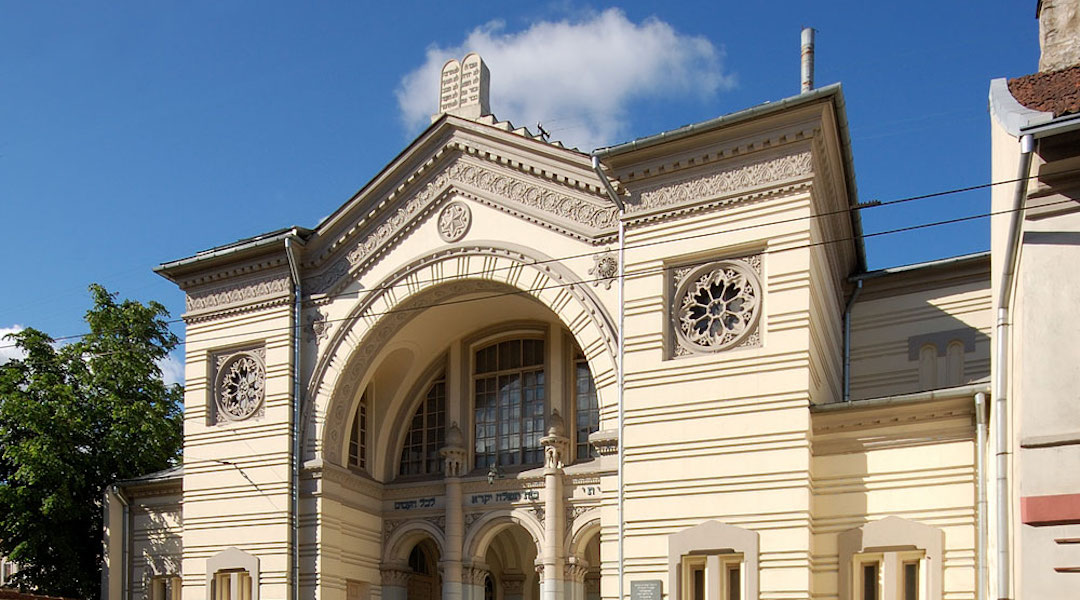 (JTA) — The Jewish Community of Lithuania temporarily closed the only functioning synagogue of the capital Vilnius, citing security issues that may be connected to a debate about the honoring of Nazi collaborators.

“The Lithuanian Jewish Community has received threatening telephone calls and letters in recent days,” Faina Kukliansky, the chairwoman of the community, wrote in a statement Tuesday. It was a “painful but unavoidable decision” to close Choral Synagogue in Vilnius along with the headquarters of the Jewish community, which is also a Jewish community center.

The shutdowns are without precedent in Lithuania since its independence from Russia in 1990.

Last month Vilnius Mayor Remigijus Šimašius ordered the removal of a controversial plaque in central Vilnius that honored Jonas Noreika, a collaborator with Nazi authorities, allegedly also in the murder of local Jews, who is celebrated posthumously in Lithuania as a hero for fighting communism.

The municipality last month also voted to rename a street that had been named for another collaborator, Kazys Škirpa, who called for Jews to be driven out of Lithuania. The decisions provoked protests and outrage in nationalist circles.

The Choral Synagogue has been at the center of several controversies and fights between Kukliansky’s community and the Chabad-Lubavitch emissary to the country, Rabbi Sholem Ber Krinsky, and his congregants.