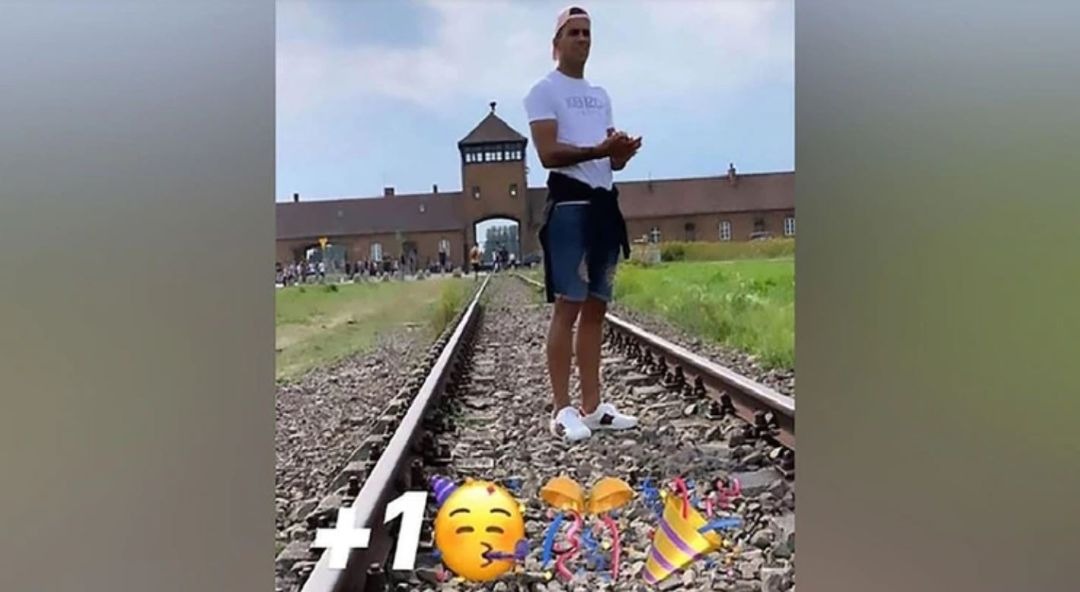 Rodrigo Zalazar decorated a snap of himself outside the Nazi concentration camp and posted it to his Instagram. The image was taken on Aug. 12, when Zalazar turned 20.

Zalazar, who plays for the Polish club Korona Kielce, has deleted the post.

In a video message posted to the team’s Instagram account with nearly 15,000 followers, he read what was apparently a pre-written statement.

“It was not in my intention to insult concentration camp victims,” Zalazar said. “I did not know where I exactly was standing when I was making this photo. I am ashamed of my act because now I know what happened behind this gate. I want to apologize to everyone who felt offended by my act.”

The picture showed him standing on the train tracks used to transport victims of the Holocaust into the camp in southern Poland. The museum that now operates on the site has had to remind visitors repeatedly in recent years not to take photos or selfies in the most sensitive areas, such as the tracks or the rooms in which people were murdered.

Zalazar was born in Spain but acquired Uruguayan nationality through his parents. The midfielder, who is the son of retired Uruguayan soccer player Jose Zalazar, has represented the South American nation as a member of its under-20 international team.