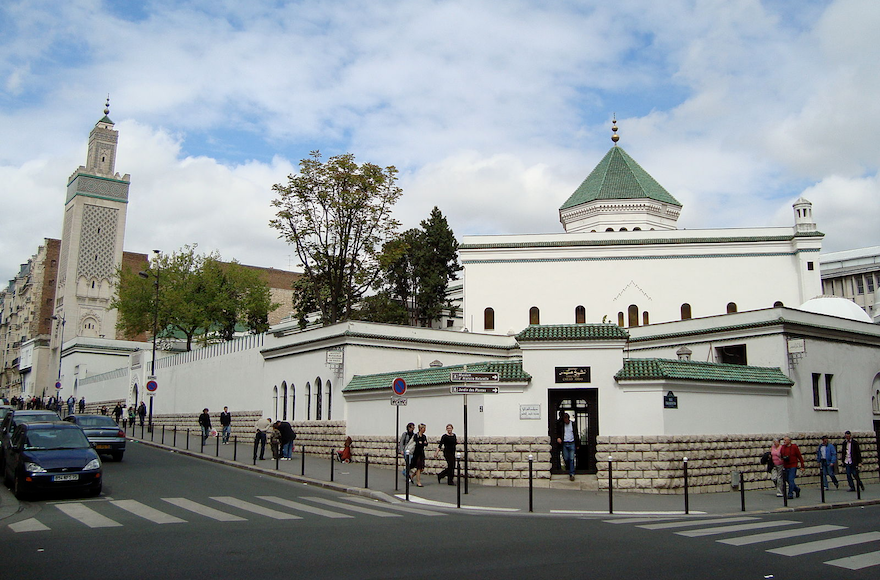 (JTA) — A prominent watchdog group on anti-Semitism in France filed a police complaint against a leading Muslim community leader for alleged incitement to hatred of Jews.

The National Bureau for Vigilance Against Anti-Semitism, or BNVCA, filed the complaint Thursday against Dalil Boubakeur, rector of the Great Mosque of Paris and the president of the French Council of the Muslim Faith, BNVCA said in a statement.

The unusual move against Boubakeur, a highly respected representative of French Muslims, follows his defense Monday of an imam from Toulouse who was filmed speaking during a sermon about Israel’s demise and a war in which Muslims would kill Jews.

The imam, Mohammed Tataï, “protests firmly and in good faith” the controversy that last month grew around the video of his sermon from December, Boubakeur wrote in a statement Monday. Tatai also “apologizes to anyone who was accidentally offended by the pulling out of context” of the sermon, Boubakeur added.

B’nai B’rith France condemned the sermon in a statement on June 27, drawing the attention of media to the video’s existence.

In the video, which Tatai’s own mosque posted on YouTube, he says, “The Prophet Muhammad told us about the final and decisive battle: ‘Judgment Day will not come until the Muslims fight the Jews. The Jews will hide behind the stones and the trees, and the stones and the trees will say: Oh Muslim, oh servant of Allah, there is a Jew hiding behind me, come and kill him – except for the Gharqad tree, which is one of the trees of the Jews.’” BNVCA also complained to police against the imam.

In an interview for the La Dépêche du Midi daily, Tatai said the video “takes what I said out of context.” He told the daily that during the sermon, he also said that “we must do everything not to arrive” at a Muslim-Jewish war, but the assertion was not recorded in the video.

Franck Touboul, the president of the Toulouse-region branch of the CRIF umbrella of French Jewish communities, rejected Tatai’s statements about lacking context and condemned both the sermon and its defense by Boubakeur.

CRIF will not continue to engage in dialogue with the imam, the Jewish community leader told the daily.

“How can we engage in dialogue with someone who wishes for our death?” Touboul asked.