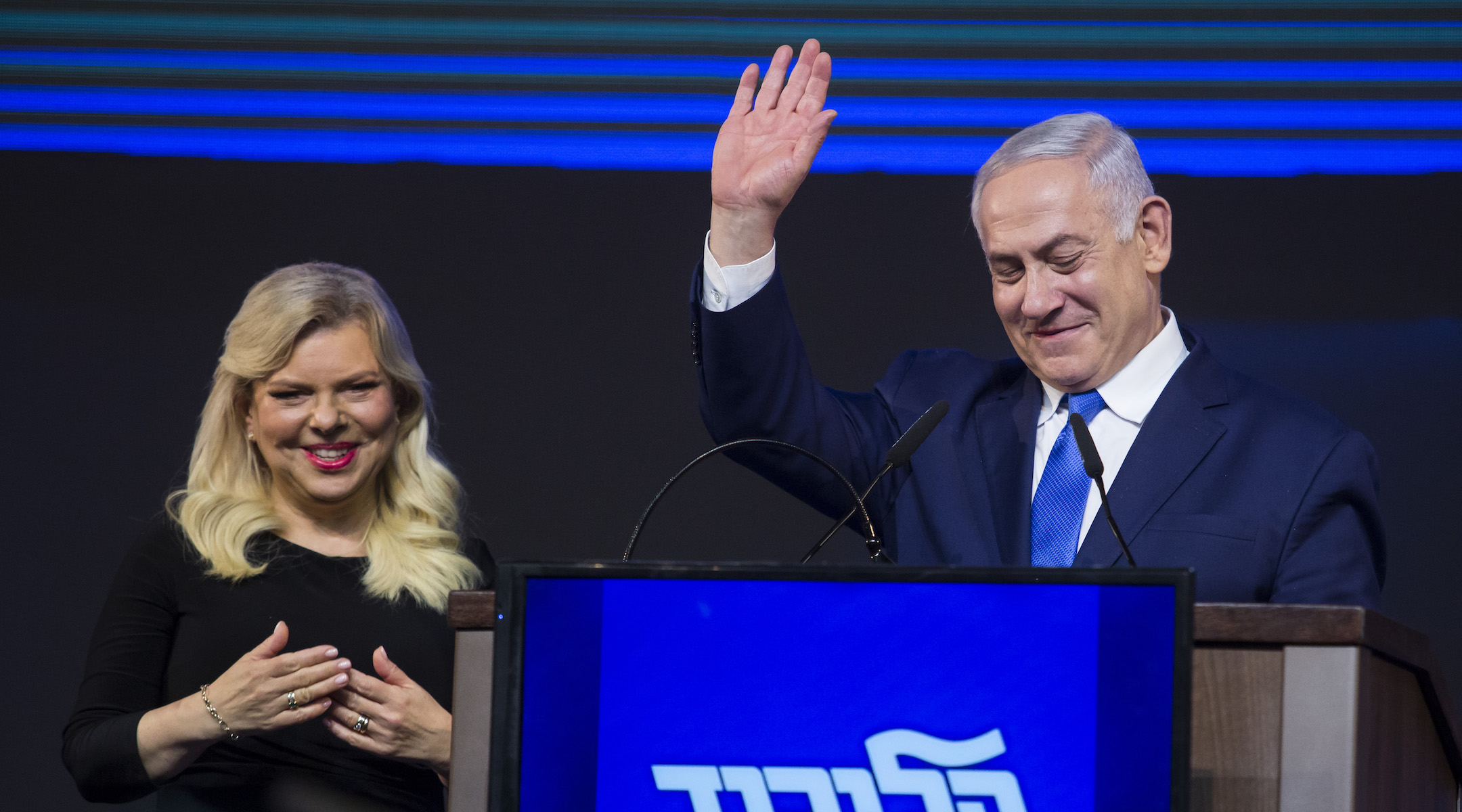 (JTA) — After the smoke clears from this contentious Israeli election, which amounted to a referendum on Prime Minister Benjamin Netanyahu’s tenure, it appears that Netanyahu will again be asked by Israeli President Rivlin to form the next government.

How did he win again?

As Israel’s former U.S. Ambassador Michael Oren said, “Our economy is excellent, our foreign relations were never better, and we’re secure … we know him, the world knows him – even our enemies know him.”

Unlike American voters, most Israelis choose security and stability over the unknown. In this election that was Gen. Benny Gantz and his new Blue and White party, which featured sterling security credentials among those headlining the ticket.

Gantz’s strategy highlighted Netanyahu’s corruption scandals, which apparently resonated with enough voters that his party received over 1 million votes, the most ever by a Israeli political party — except for Likud, also in this election.

However, the nation – and particularly its youngest voters – have moved sharply to the right following the second intifada in the early to mid-2000s, prioritizing security over domestic concerns. Paradoxically, compared to Americans, young Israelis lean more to the right than older generations because they came of age during and after the violent Palestinian uprising.

This is what enabled Netanyahu to keep his job. The prime minister is perceived as a steady hand in turbulent waters: Israel is surrounded on all sides by growing threats of radical jihadism – Iran, Hamas, Hezbollah and the Muslim Brotherhood. Netanyahu is trusted on what he considers the No. 1  threat to the survival of Israel, the revolutionary theocracy of Iran.

Netanyahu has also been a very pragmatic leader, successfully managing Israel’s many conflicts. He has skillfully avoided a war with Hezbollah and Iran despite targeting hundreds of Iranian and Hezbollah positions in Syria and Lebanon over the past few years.

And even with pressure from his own base to be more aggressive with Hamas, Netanyahu has avoided undertaking a major operation to overthrow the terrorist group that controls the Gaza Strip. He knows it would be a disaster if Israel conquered the coastal strip and became responsible for the lives of its 2 million residents.

Under his unprecedentedly long tenure, Israel has become more secure, with significant economic advancements and diplomatic achievements, especially in forging relations with the Arab world and Africa. Many observers said that couldn’t happen unless there was peace first between the Palestinians and Israel.

Netanyahu was the first Israeli prime minister in 24 years to visit Oman. Last year he met with an Emirati ambassador – a meeting that Business Insider said “sheds light on one of the worst-kept secrets in the Arab world: the quiet ties between Israel and some of its Arab neighbors that are increasingly coming out in the open as they find common cause against mutual foe Iran.”

But what may be the most important legacy of this election may be the annexation debate over the West Bank. Will Netanyahu really annex some or all of the disputed territories? Was his promise to the faithful just more hyperbole, or was it a signal that the window of opportunity to act is now, as President Donald Trump may be gone from the scene in less than two years?

American Jewry, which is as liberal as Israeli Jewry is conservative, has legitimate criticisms of Netanyahu. He reneged on his promise to expand the egalitarian space at Robinson’s Arch next to the Western Wall, and the Israeli government has failed to recognize Conservative and Reform Judaism – the movements that the majority of American Jews belong to – as equally legitimate to Orthodoxy.

However, the hyperpolarized politics of America have blinded many American Jews, who don’t realize the real harm they do to Israel and themselves in siding with those whose criticism veers into delegitimization of the state.

After the euphoria and depression of the 2019 Israeli election results subside, we’ll be left with something extraordinary to be celebrated by all Israelis and Americans: Israel’s vibrant democracy again elected new national leadership in a peaceful vote. Israel is a beacon of Western democratic and Jewish values — and whether you love or hate Bibi Netanyahu, Israel is still a miracle at 71.