In Ukraine, aid for needy Jews comes with a catch 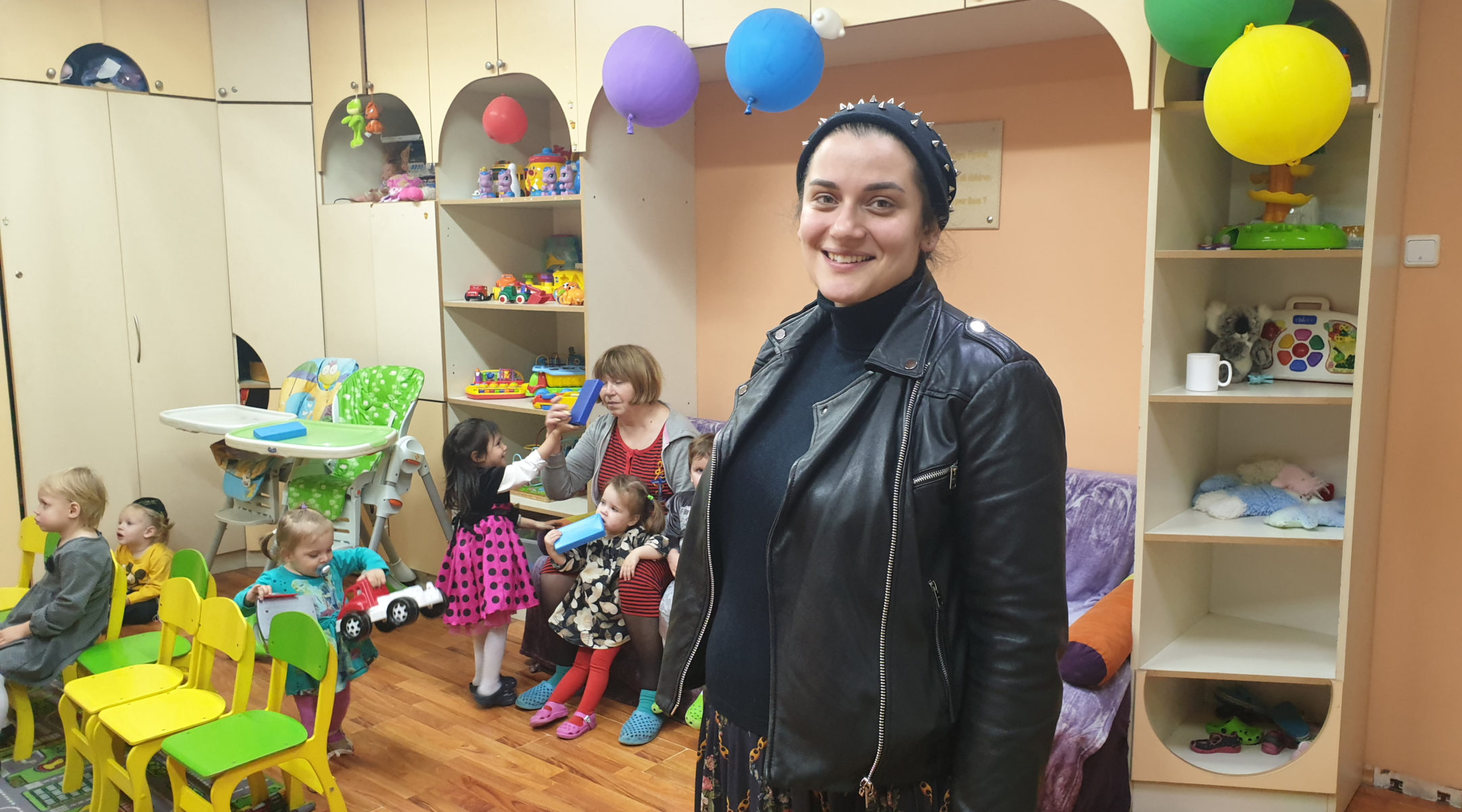 ODESSA, Ukraine (JTA) — Alina Feoktistova always knew she was Jewish, but the first time she sought contact with the community was to see if it could pay her tuition.

Feoktistova’s family couldn’t afford to send her to college, but the local Jewish community provides an alternative in the form of the Jewish University of Odessa, an accredited institution that offers tuition and room and board at no charge. Founded in 2003, the university features  five-year programs in a number of fields, including foreign language, early childhood education, law, business and Jewish studies.

“I was crying. I really didn’t want to do it,” said Feoktistova, 28, who studied literature at the school. “[My family had] no funds for college for me. The Jewish community was there for us.”

After graduation, Feoktistova found work as an office administrator with Tikva, the Orthodox group that runs the Jewish University of Odessa along with a host of other identity-building and educational programs. And though she married a Jewish man and raises her two children in an observant home, Feoktistova does not fit the stereotype of an Orthodox Jewish woman.

On a Saturday evening earlier this month, she wore a black leather biker jacket over a long dress with a matching studded kerchief in her hair as she smoked her first post-Shabbat cigarette.

About 360,000 Jews are estimated to live in Ukraine, most of them in Odessa and other major cities, and Jewish groups have used their robust welfare systems not only to help those in need, but also to overcome the indifference and aversion to Judaism that was instilled here during the communist era.

The American Jewish Joint Distribution Committee, or JDC, provides assistance to any Jewish applicant it deems needy, regardless of their participation in communal activities. But other Jewish organizations often require communal engagement, from enrolling children in Jewish educational programs to attending synagogue, in exchange for help.

In Odessa, the estimated 30,000 Jews are eligible for free services through the Jewish community’s various institutions, which include two community centers, a dozen schools and two orphanages. Families and the elderly can get hundreds of dollars a month — a significant sum in a country where the average monthly salary is about $300.

The Federation of Jewish Communities of the CIS, a network affiliated with the Chabad Hasidic movement, also runs a Jewish university in Odessa, which it describes on its website as “a path out of poverty and into Jewish service.”

The engagement-for-aid model has had a meaningful impact on “breathing life into the dry bones” of a moribund community, according to Rabbi Binyomin Jacobs, director of intergovernmental relations at the Chabad-affiliated Rabbinical Center of Europe.

“Some might even call it a bribe, but it’s legitimate – and it works,” said Jacobs, citing the medieval Jewish philosopher Maimonides, who allowed parents to use candy to motivate children to study.

“Of course, Russian-speaking Jews are not babies, they’re sophisticated people, but from a Jewish perspective they are like captured babies – people who know nothing about Judaism because of oppression,” Jacobs said. “It’s OK to offer them something they need as a way to acquaint them with Judaism so they can decide in an informed way if they want it in their lives.”

Many young Ukrainians in this city and beyond seek a connection to Judaism without financial incentives. The Limmud FSU conference here last month attracted 600 participants who paid nearly $200 to attend the weekend event at a resort.

One participant, Vlodymyr Zeev Vaksman, a 38-year-old active in the Odessa Jewish community, said he sought out the Jewish community after suffering bullying in school. Connecting with his Jewish identity, Vaksman said, “helped restore my pride in it because it’s hard to be a proud Jew when you’re being beat up in school almost every day for being Jewish.”

Others, however, are clearly induced to get involved out of necessity.

Rivka Bendetskaya attended a Chabad school in the eastern city of Zaporizhzhia where she grew up. Her family was poor and not religious, but the Chabad school offered free meals and long hours. At 16, Bendetskaya came to Odessa to pursue a degree in business management at Chabad’s Jewish University. The five-year program would have cost about $17,000 at a regular university, an unaffordable sum for her family.

Sergey and Elena Yarelchenko had little to do with the organized Jewish community before they were forced to flee their home in Lugansk during the 2014 revolution. At a Jewish refugee camp set up outside Kyiv by Rabbi Moshe Azman, who named it Anatevka after the fictional hometown of Tevye from “Fiddler on the Roof,” the Yarelchenkos not only found shelter, but work and a sense of community.

For other Ukrainian Jews, the community was a ticket to big city life.

Haya Saphonchik, a 27-year-old kindergarten teacher, enrolled in a Jewish school in Odessa primarily to escape her impoverished hometown of Kremenchuk.

“My mom had no money to send me to Odessa,” Saphonchik said. “She asked me when I was 17: ‘Do you want to stay in Kremenchuk in a regular school, or do you want to go a Jewish school in Odessa?’ Of course I went to Odessa.”

After graduating from high school, Saphonchik went on to study at the Jewish University in Odessa, where she met her husband, Uriel, who came to study computer programming from his native Russia. Though she came initially for financial reasons, she stayed because the school offered her more than just an education.

“I found great beauty,” Saphonchik said, “a great mutual responsibility for each other that I didn’t know existed and which ended up giving me the best things that I have in life.”