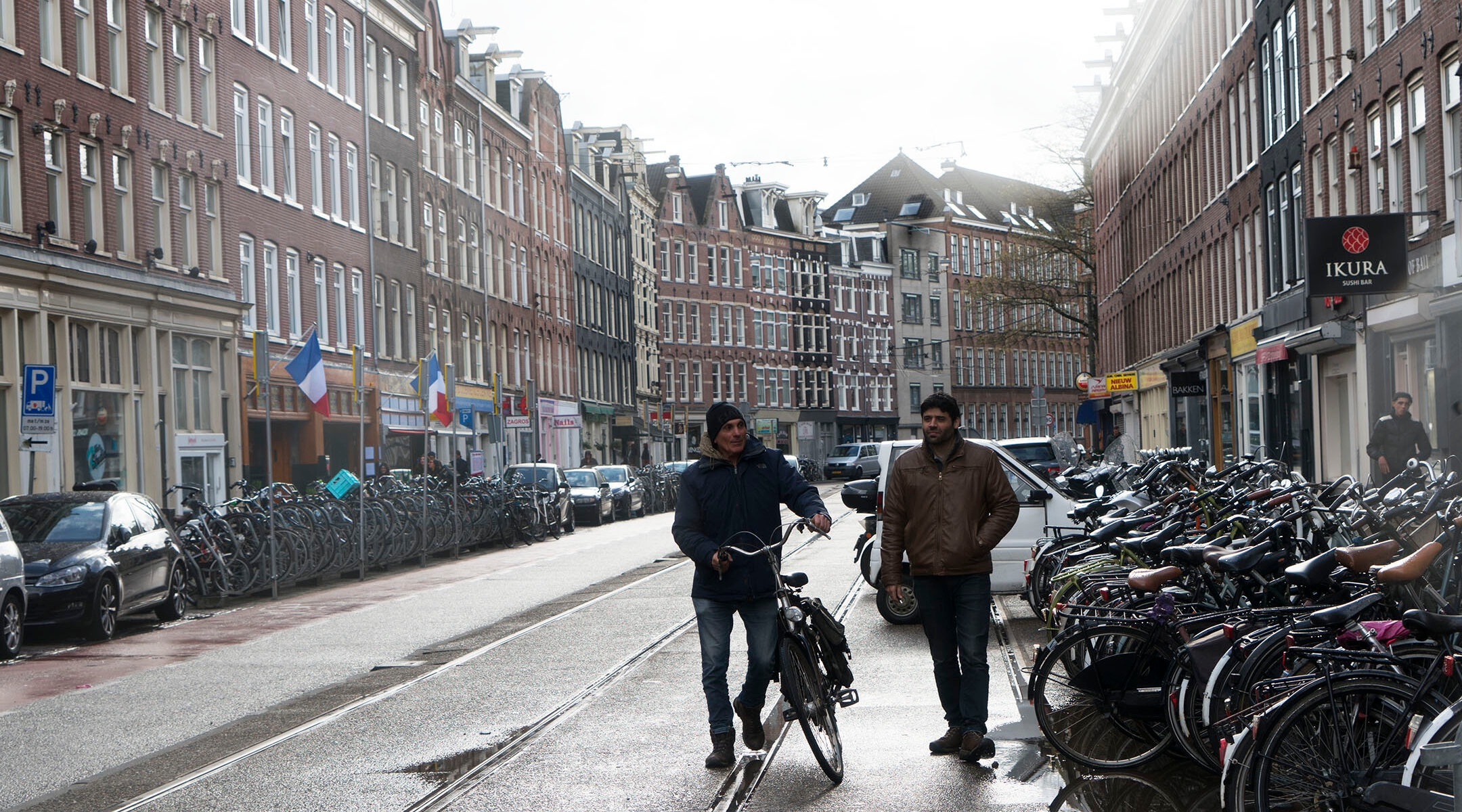 Two men walk down a street in a residential area of Amsterdam, the Netherlands on April 23, 2017. (Cnaan Liphshiz)
Advertisement

AMSTERDAM (JTA) — A Dutch judge acquitted a man who said that hackers took over his computer and posted anti-Semitic death threats against his Jewish neighbors, with whom he had had a decade-long dispute.

The Dutch Jewish community’s watchdog, the Center for Information and Documentation in Israel, or CIDI, in a statement Monday blamed last week’s verdict on negligence by police, saying they failed to record the multiple death threats made against Gabriela Hirschberg by her neighbor despite repeated complaints.

The Amsterdam police did not immediately reply to a query by the Jewish Telegraphic Agency requesting a reaction.

Hirschberg, 68, complained to police about the neighbor, whose ancestors come from the former Dutch colony of Surinam, for excessive noise, The Telegraaf reported. Since 2009, they filed multiple complaints against each other, including for the destruction of property.

According to the newspaper, the neighbor, who has not been named in the Dutch media, wrote multiple times about “gassing the vermin,” adding “I want to skin them and make lampshades from them” about Hirschberg and her partner, Hans Polak.

Along with the police reports, Hirschberg complained to Ymere, the housing association that owns the apartment block where she lived. In 2016, a judge ruled in favor of Ymere’s injunction to have Hirschberg, not the neighbor, evicted because of the dispute. The association said Hirschberg also had rented out a room in her apartment without permission and was over $2,000 behind on her rent, AT5 reported. The debt has since been resolved.

Police did not record the death threats and the IP address from which they were made that she flagged to them in criminal complaints about the neighbor’s conduct, CIDI wrote. The threats have since been removed. This made it impossible for the judge ruling in the criminal trial to ascertain the neighbor was the author of the posts.

“Such negligence undermines confidence in the rule of law and the police,” CIDI wrote. “The victims strongly suspect police never took their complaint seriously.”