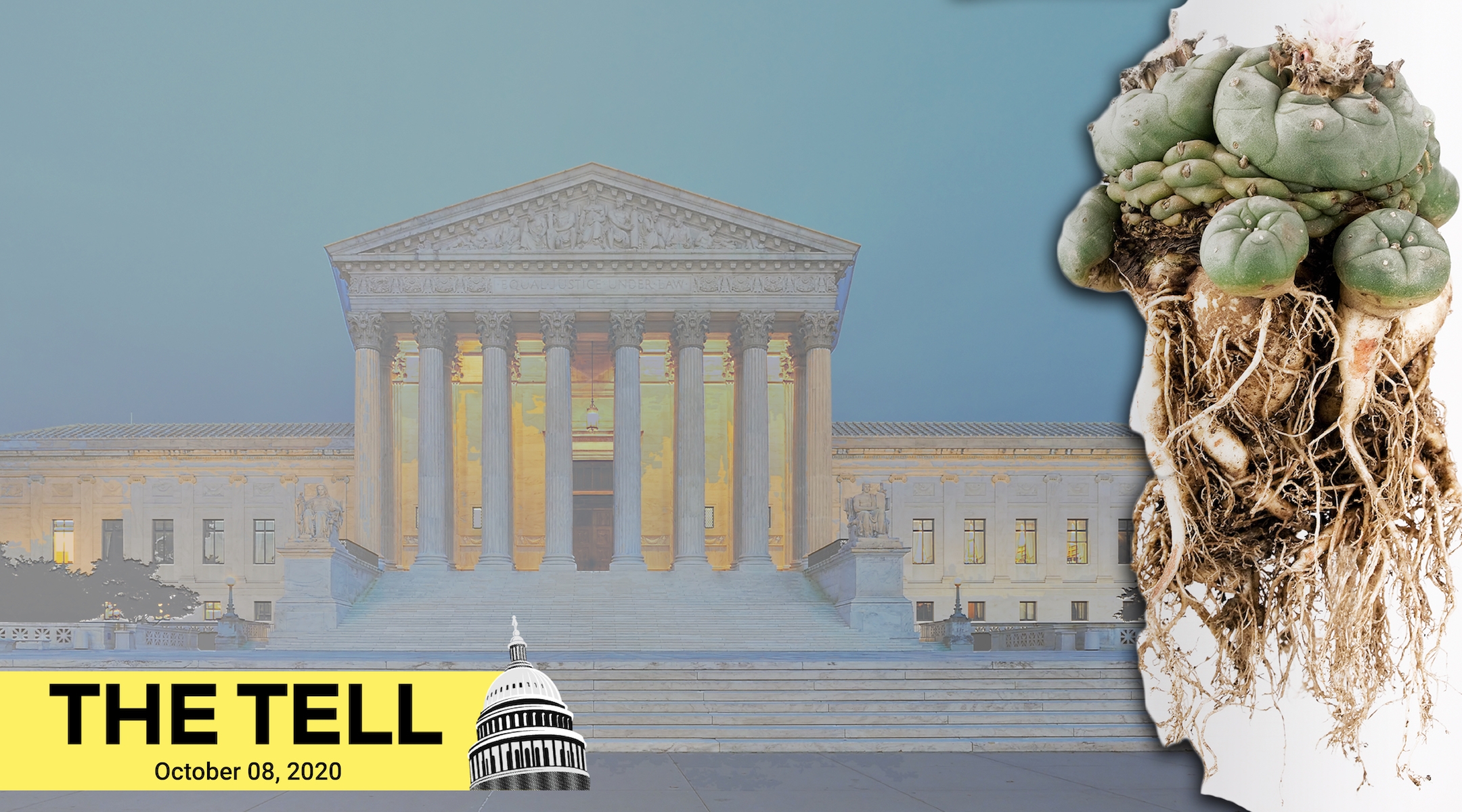 WASHINGTON (JTA) — If David Lynch had directed a film about this year (wait, you mean he didn’t?), he might have started it with a foreshadowing scene of a group of indigenous Americans ingesting a psychedelic on a starry night long ago in the Pacific northwest.

No, really. Mention “peyote” in certain wonky Jewish circles in Washington and it won’t be seen as an invitation to party, but rather to a discussion about the limits of religious freedoms vs. the freedom of the individual.

As if this year was not polarized enough, that tension is playing out once again this Supreme Court session. Here’s my guide to the slate of cases that Jewish groups are following.

In one key case, Jewish groups are lining up on both sides of an adoption agency that will not place children with same sex parents against the city of Philadelphia, which refuses to fund the agency.

So where does peyote come into it? A 1990 Supreme Court decision upheld Oregon’s denial of unemployment benefits to two members of the Native American Church who were fired by a private drug clinic because they had ingested peyote in a healing ceremony. Jewish groups at the time sided with the Native American Church. The decision, they said, posed a threat to Jewish rituals, including circumcision, kosher slaughter and even drinking kiddush wine.

The 1990 decision led to the passage in 1993 of the Religious Freedom Restoration Act, also known as RFRA, pronounced rifra (which may also be what one is inclined to mutter repeatedly after a night spent munching peyote).

Check out the line-up of groups backing the legislation in this July 1990 JTA story about the proposed act: Everyone from the Reform movement to Agudath Israel of America, all the major Jewish civil rights groups and the American Civil Liberties Union thrown in for good measure.

It was a rare moment of Jewish political unity.

The unity dissipated when the liberal groups saw how some conservatives sought to apply RFRA after its enactment. The adoption case is typical; liberals say the law has been abused to protect religious groups who cite it to deny the rights of other vulnerable populations. As this ACLU posting from a year ago seeking modifications to RFRA put it, “RFRA should be a shield for religious freedom — not a sword for discrimination.”

The Supreme Court session has otherwise gotten off to a slow start, perhaps because the justices are waiting for Amy Coney Barrett, President Donald Trump’s nominee to replace Ruth Bader Ginsburg, to join them. Liberal Jewish groups fear that the 6-3 conservative majority that Barrett would consolidate on the court could bring reversals on abortion and gay rights.

Defending the boss: Vice presidential debates are traditionally less about the prospective seconds in command and more about how effective the VP nominees are in taking down the other team’s top guy. Last night’s faceoff between Vice President Mike Pence and California Sen. Kamala Harris was no different: Harris took shots at Trump’s flirtations with white supremacists, as Democratic presidential nominee Joe Biden did last week, and Pence defended Trump.

Ready for their close-up: The three Democrats vying to replace outgoing Rep. Eliot Engel of New York as chairman of the U.S. House of Representatives Foreign Affairs Committee auditioned both with the Democratic Majority for Israel, whose policies align with the centrist pro-Israel community, and with J Street, the liberal Jewish Middle East policy group. They are Gregory Meeks of New York, Brad Sherman of California and Joaquin Castro of Texas.

DMFI invited reporters to all of its sessions, but J Street made open only the session with Castro. He was consistent across both calls, which took place Monday, even if he tailored his answers depending on the audience. On the J Street call, he opposed Israel’s court-ordered expulsion of a Palestinian family from a property in eastern Jerusalem, embracing one of the group’s key policies. That was not mentioned on the DMFI call.

He told both groups he favored the Iran nuclear deal as it was before Trump withdrew from it, but, prodded by DMFI, said he would advocate to strengthen it should Biden win the presidency. He told both groups he would invite more Palestinian witnesses to speak to the committee. Unlike Sherman and Meeks when they spoke to DMFI, Castro did not seek to finesse his prior statements that U.S. funds should not be used to annex parts of the West Bank.

It’s not me, it’s not you, it’s Netanyahu: There was a fraught moment in the DMFI call with Castro that underscores the difficulties inherent in the group’s mission: to realign a party that has become openly critical of Israel with the more centrist traditional definition of “pro-Israel.”

Rachel Rosen, DMFI’s communications director, asked Castro about New York Democrat Alexandria Ocasio Cortez’s withdrawal from a memorial for Yitzhak Rabin organized by Americans for Peace Now, and wondered whether Castro would support a resolution marking 25 years since an extremist Jew assassinated Rabin. (Pro-Palestinian groups, who regard Rabin as a war criminal despite his far-reaching efforts to reach a peace deal with the Palestinians, had pressured Ocasio-Cortez to withdraw. Minnesota Attorney General Keith Ellison, a leading progressive, is attending however.)

Castro claimed not to know of the AOC episode and said he had yet to read the resolution. He said “I respect Yitzhak Rabin and his legacy in Israel,” which, I imagine, was short of the full throated embrace DMFI was seeking. Rosen then asked Castro what groups like DMFI could do “to shore up support for [the U.S.-Israel] relationship on the Democratic side.”

Again, Castro’s response likely caused a few hairs to stand on end. “Yeah, I mean I think that — look, I want to have with y’all a candid conversation here. I want to talk to you about the history of the last few years. You know, and how it has transpired and just be as candid … I think different decisions that Prime Minister [Benjamin] Netanyahu has made have hurt …”

And then he paused for a full seven seconds.

“I won’t say hurt the U.S. Israel relationship,” he finally continued, “but they’ve certainly in terms of the leadership of Israel, in terms of Prime Minister Netanyahu’s leadership, have not been helpful. His decision to speak of course I think in 2015, I want to say in the House chamber, without conferring with President Obama.” He was referring to Netanyahu’s speech, organized only with Republicans, to use Congress as a venue to bash Obama’s Iran policies.

Castro is a rising star in the party. The fact that it took him seven seconds to decide whether to say the U.S.-Israel relationship was harmed, and that he squarely blamed Netanyahu for the rift, speaks to substantial shifts within the party on the Israel issue.

Not bolting from Bolton: The Washington Post’s front page today reads tea-leaves and sees subtle hints of Republicans, just weeks before the election, distancing themselves from Trump, but in ways that will not alienate his enthusiastic base. Here’s another: John Bolton, Trump’s former national security adviser who Trump now wants to see jailed for his tell-all book, has endorsed five Republicans this year. That pales next to the dozens Bolton endorsed in previous cycles — evidence of his personal non grata status within the GOP — but there are two notable Trump defenders on the list: Sen. Tom Cotton of Arkansas, who has eyes on the 2024 presidential election, and Rep. Lee Zeldin, who is in a tight reelection race in New York, in part because Trump’s popularity in the district has plummeted. Both Zeldin and his opponent, Nancy Goroff, are Jewish. 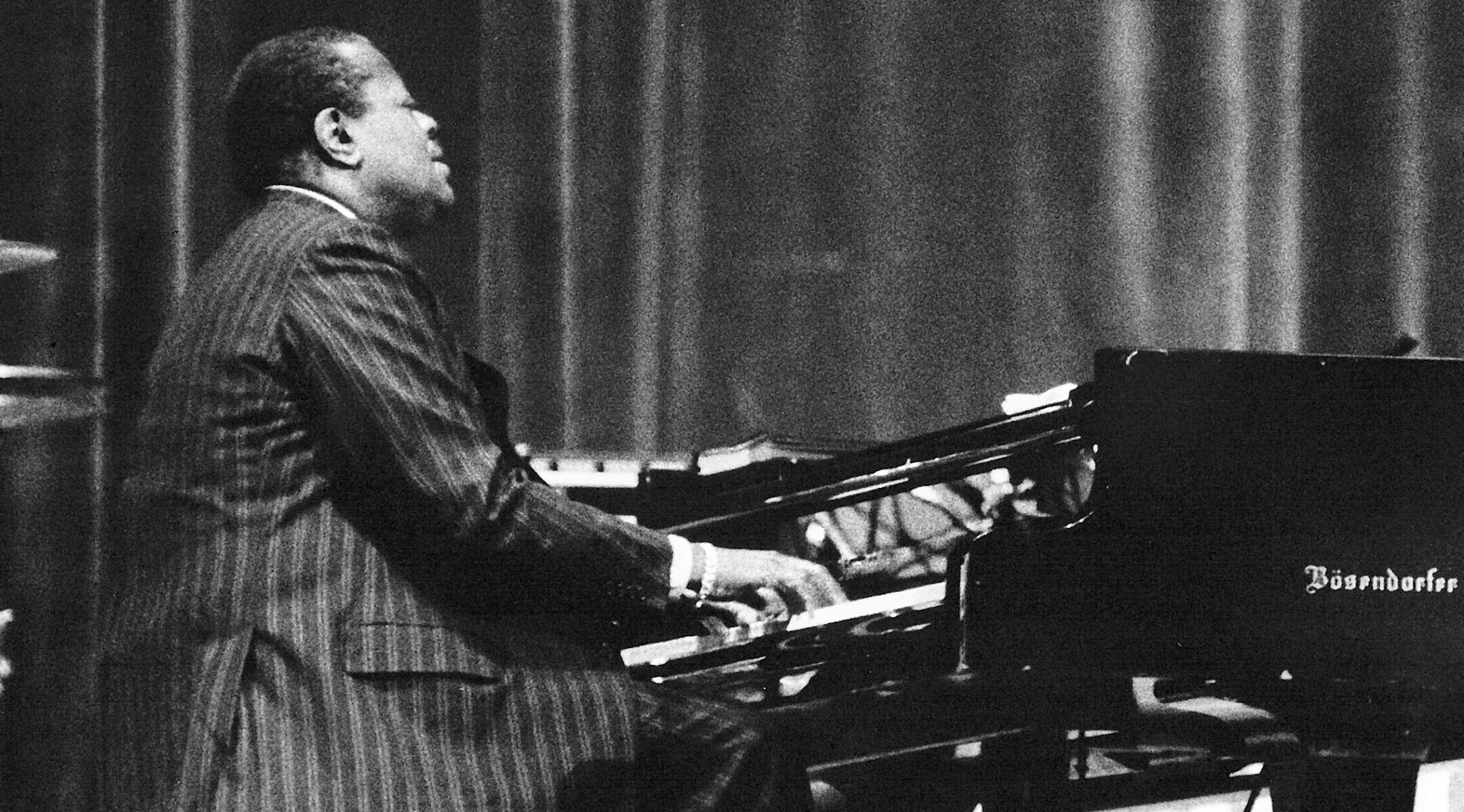 In The New York Times, Dan Bilefsky writes about Naveed Hussain, a nurse who is leading activism to get Montreal to change the name of a subway station to honor Oscar Peterson, the native son and virtuoso jazz pianist. Canada has a paucity of sites named after its Black citizens, although their roots in the country and its colonial predecessor run centuries deep. One reason Hussain wants the name change in the city’s southwestern Little Burgundy neighborhood, which has for decades been a Black enclave,  is that it is currently named for Lionel Groulx, a Quebec nationalist who was a virulent anti-Semite. 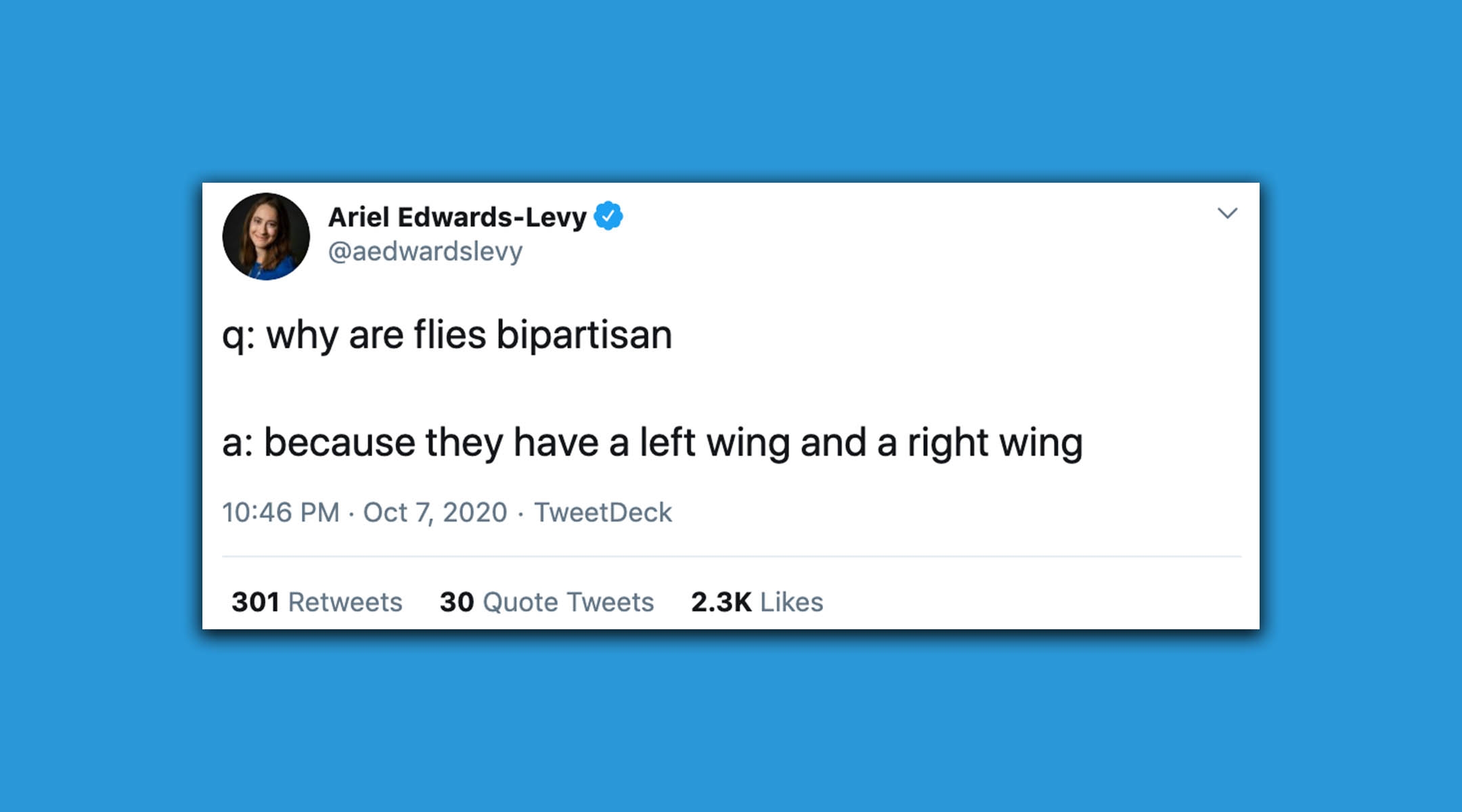 A fly landed on Mike Pence’s head during the debate and stayed for two whole minutes. Much hilarity ensued on Twitter, naturally, and the fly created a Twitter account, naturally (which now has over 110,000 followers). So there was a lot to choose from, but I’m going to go with the Huffington Post’s Ariel Edwards-Levy’s take on the fly’s message to us all.