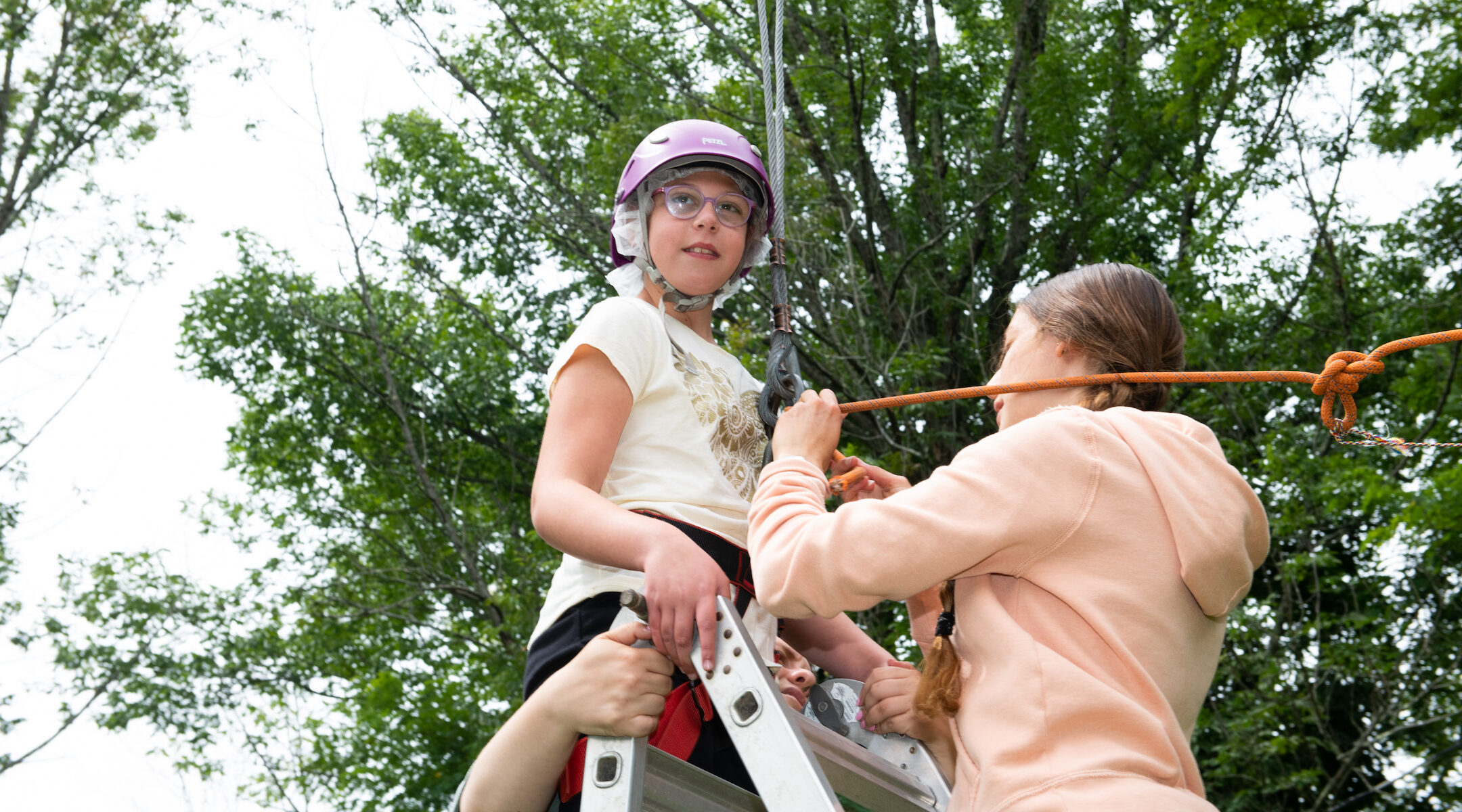 Photo, top: A camper gets ready to tackle the ropes course at a camp program run by Yachad, the Orthodox Union's program for people with disabilities. After putting its overnight and travel programs on hold in 2020, Yachad was able to offer a full suite of programs this year in day camps and overnight camps. (Courtesy)
Advertisement

Good first day of September, New York. A summer that began with hope is ending on an anxious note: Only 23% of Manhattan office workers have returned to their buildings, and only 41% are expected back by the end of September, the Partnership for New York City reported.

BY THE NUMBERS The latest FBI report on hate crimes tallied 179 antisemitic bias crimes in New York State in 2020, compared to 325 the year before. (JTA)

STAYING, AND PRAYING, POWER Find out why a High Holidays prayerbook, brought out by a Lower East Side publisher in 1951, is somehow still a mainstay in many traditional synagogues. (Jewish Telegraphic Agency)

WOULD YOU BELIEVE Greg Epstein, raised in a Jewish family in Flushing, Queens, is the new chief chaplain at Harvard — and he’s an atheist. (New York Times)

SEE ME Mayoral candidate Curtis Sliwa, running as the GOP nominee in highly Democratic NYC, is frustrated that that he’s not winning over Orthodox voters. (Forward)

ON THE MEDIA Politico employees will not be required to sign their new German owner’s pro-Israel mission statement. (JTA)

GOTHAMITE The world of Whistle, DC Comics’ first new Jewish superhero in decades, draws on its Brooklyn author’s memories of her father’s home in a historically Jewish East Village. (Forward)

A Tablet columnist lit a social media firestorm by asserting that synagogues that are imposing attendance restrictions due to COVID-19 are violating “the very core of Jewish life.” In a JTA essay, Rabbi Shira Koch Epstein writes that rabbis are struggling mightily to balance their communities’ physical and spiritual health, and the last thing they need is “irresponsible, pain-inducing criticism.”

Yachad, the Orthodox Union’s program for people with disabilities, bounced back this summer with camp programs that drew 498 participants — including 98 campers from New York.

There’s still time to sign up for Yom HaMa’al, the Hadar community’s virtual day of learning held on the day before Yom Kippur. Sign up for sessions on forgiveness, prayer and repentance here.

Visit Jewish Budapest – from your armchair. The Museum of Jewish Heritage presents a live, virtual walking tour through the heart of the historic Jewish quarter of Pest, including the Dohany Street Synagogue, Europe’s largest. $36 for non-members. Register here. 11:00 a.m.

Photo, top: A camper gets ready to tackle the ropes course at a camp program run by Yachad, the Orthodox Union’s program for people with disabilities. After putting its overnight and travel programs on hold in 2020, Yachad was able to offer a full suite of programs this year in day camps and overnight camps. (Courtesy)