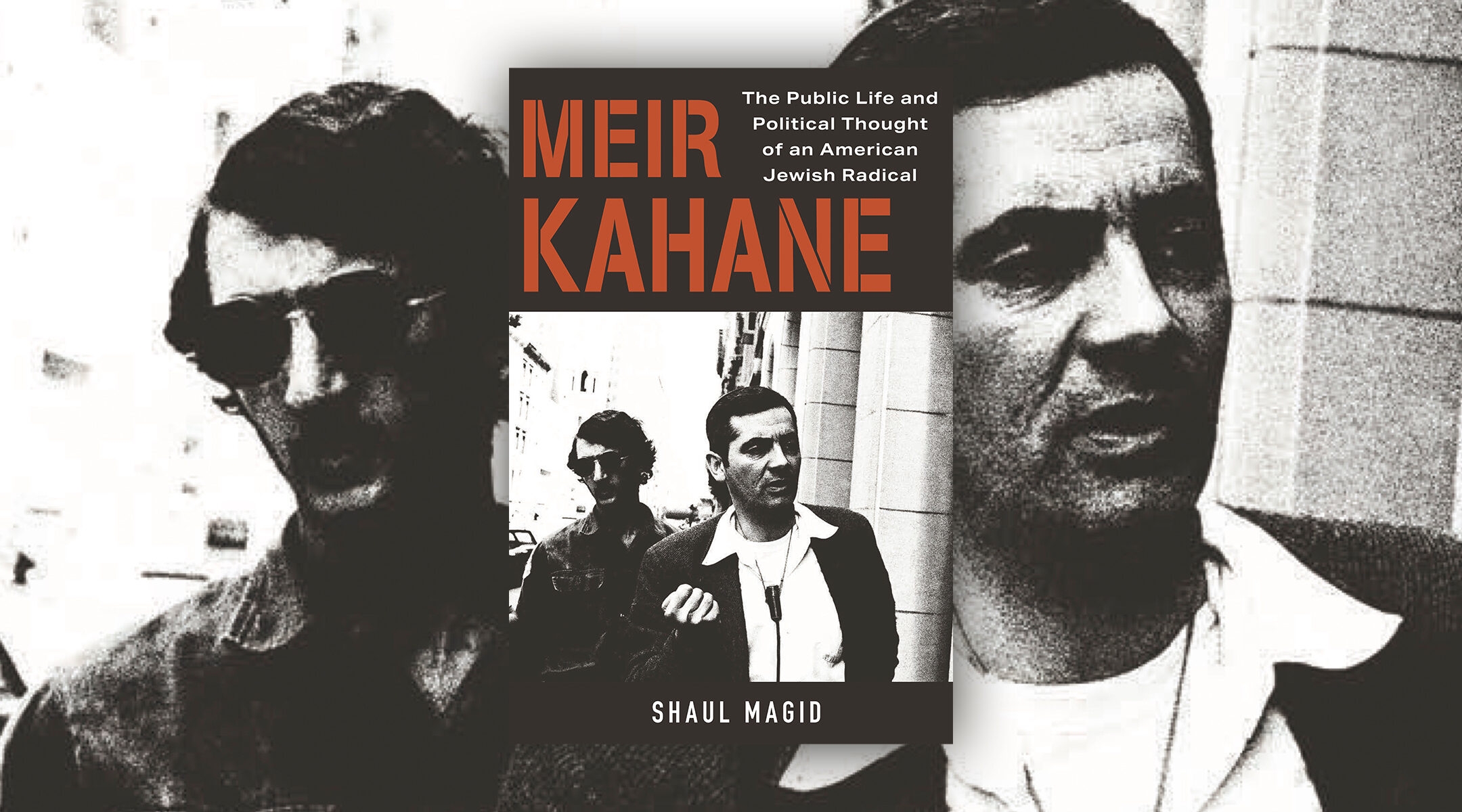 “Meir Kahane: The Public Life and Political Thought of an American Jewish Radical” tells the story of Kahane’s radicalism — from his critique of liberalism through his ever-changing Zionism. (Princeton University Press)
Advertisement

Good morning, New York. Remember that Monday, Oct. 18 is the deadline for the Board of Elections to receive absentee ballot applications for the general election on Nov. 2. Apply for an absentee ballot through the city’s online portal, mail, email or fax.

ABUSE ALLEGATION: A 36-year-old woman says she was sexually abused as a young girl by the craftsman who created an iconic 6-foot-tall menorah at Chabad-Lubavitch headquarters in Brooklyn. (JTA)

KAHANE CHAI: A new book about Meir Kahane suggests that the Brooklyn-born rabbi’s ideas — albeit not his extremist tactics — eventually found a home in the Jewish mainstream. (JTA)

LAX ON VAX: Borough Park, with the lowest vaccination rate in the city, saw the most COVID-19 infections in the five boroughs this past week. (amNY)

ACCUSED: A Jewish teacher at a public school in Maplewood, New Jersey was accused of pulling a hijab off of a 7-year-old Muslim girl. The teacher’s lawyer disputed the account. (JTA)

A 14th-century Hebrew Bible and a letter written by the scholar and physician Judah ha-Levi are among the objects in a current exhibit at The Met Cloisters, “Spain, 1000–1200: Art at the Frontiers of Faith.”

A new book about The Fillmore East, the late, legendary rock venue on Second Avenue, remembers when it had been the Commodore, a Yiddish theater. (Untapped New York)

The Schusterman Center for Israel Studies and the Hadassah-Brandeis Institute at Brandeis University present authors of new scholarship about Henrietta Szold, the founder of Hadassah, and Judah Magnes, the American rabbi who advocated for a binational Jewish-Arab state in Palestine. Moderated by historian Jonathan D. Sarna. Register here for this free online event. Noon.

Photo, top: “Meir Kahane: The Public Life and Political Thought of an American Jewish Radical” tells the story of the Brooklyn-born’s radicalism — from his critique of liberalism through his ever-changing Zionism. (Princeton University Press)