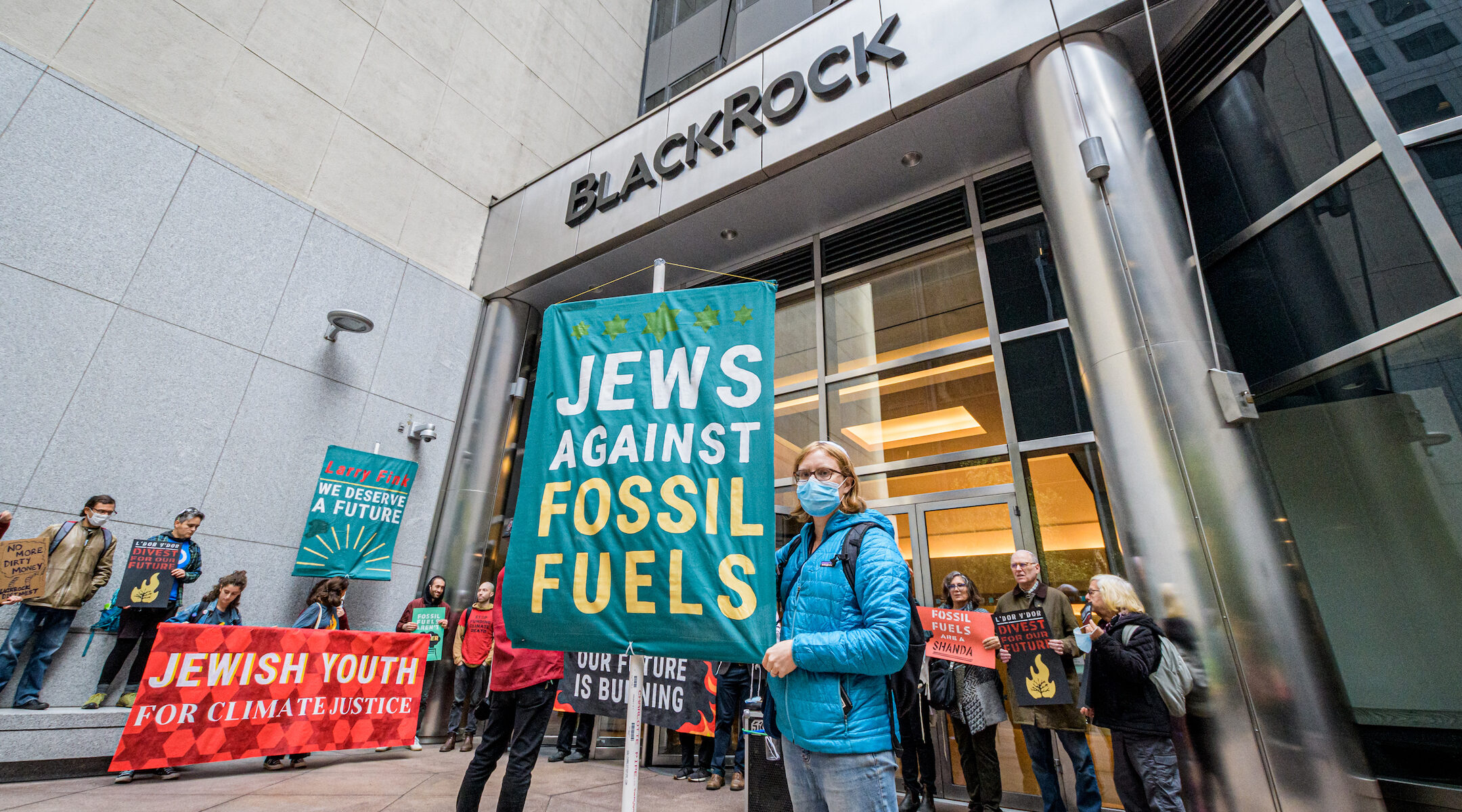 Good morning, New York. Join our colleagues at JTA today at 1:00 p.m. for a conversation with Rich Brownstein, a lecturer on Holocaust film at Yad Vashem in Jerusalem who has seen and analyzed nearly every Holocaust movie ever made — over 440 of them. Register here.

CLIMATE CRISIS: Three rabbis and six Jewish teenagers were among those arrested Monday at a climate protest at the Manhattan headquarters of BlackRock, demanding the Jewish CEO of the Wall Street giant cut ties with the fossil fuels industry. (Jewish Week)

FRIENDS OF THE COURT: New York senators Chuck Schumer and Kirsten Gillibrand are backing the American families who want the Supreme Court to reconsider their case against a British bank they say aided the terrorists responsible for the deaths and injuries of loved ones during the Second Intifada. (JTA)

IN THE PICTURE: A life-size statue of the late photographer and NYC native Diane Arbus is on temporary display in Central Park’s Doris C. Freedman Plaza, courtesy of the Public Art Fund. (Gothamist)

AUTUMN IN NEW YORK: Emily Burack, our colleague at Alma, wants you to have a “Nora Ephron Autumn,” in honor of the director and writer who captured the delights of a New York City fall in hits like “When Harry Met Sally” and “You’ve Got Mail.” (Alma)

Jean Meltzer’s new novel, “The Matzah Ball,” is about a Jewish writer of popular Christmas-themed novels who wants to throw the glitziest Hanukkah party New York City has ever seen. (JTA)

The Jewish Women’s Foundation of New York holds “The Convening” today and tomorrow, bringing together leaders in philanthropy, technology, the arts, journalism and  politics for two mornings of conversation to amplify women’s voices. Go here for the speakers’ schedule and here to sign up for the virtual sessions. Tickets start at $36.

Join the Museum of Jewish Heritage for a virtual program exploring the echoes of antisemitism in QAnon, with CNN senior political analyst and anchor John Avlon, whose new digital series “Reality Check: Extremist Beat” examines the rise of QAnon and other recent conspiracies in the United States. Avlon will be joined by Dr. Mia Bloom and Dr. Sophia Moskalenko, the authors of “Pastels and Pedophiles: Inside the Mind of QAnon,” and Paul Salmons, a Holocaust education specialist. Register here. 2:00 p.m.