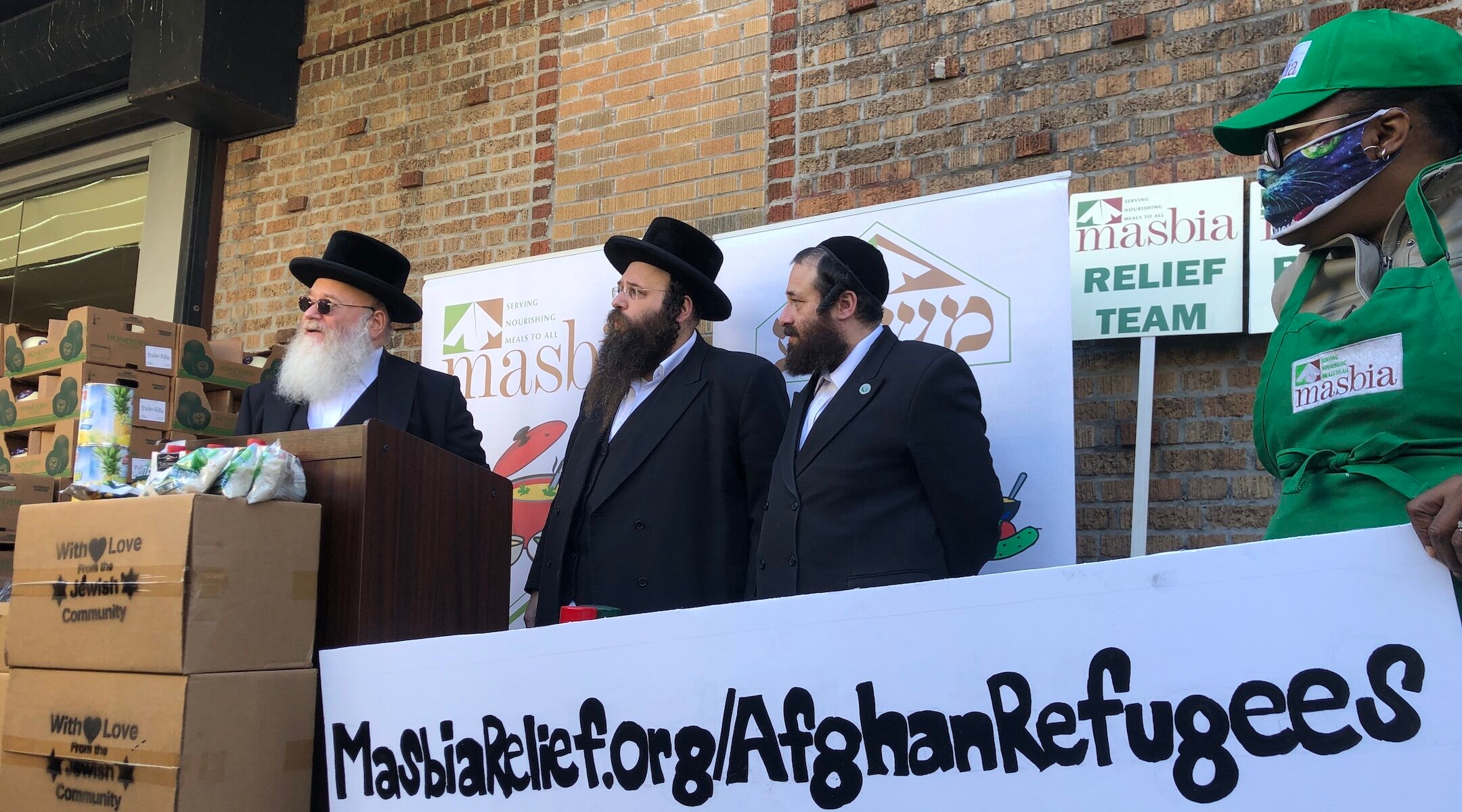 Good morning, New York. This afternoon at 4:00 p.m., join Jewish Week Editor in Chief Andrew Silow-Carroll for an online discussion, “Holocaust Restitution: The Struggle Continues,” presented by the Olga Lengyel Institute for Holocaust Studies and Human Rights. Panelists are Menachem Kaiser, author of “Plunder: A Memoir of Family Property and Nazi Treasure,” and Gideon Taylor, head of the Jewish Community Relations Council of New York and president of the board of directors of the Conference on Jewish Material Claims Against Germany. Register here.

RISING SUN: The New York Sun, a New York City broadsheet published from 2002 to 2008, will relaunch its web site after a sale to Dovid Efune, the former editor of The Algemeiner Journal, a Jewish publication with a conservative bent. (JTA)

SAVE THE SHUL: Rego Park residents are protesting plans to demolish a strip of buildings that includes the Ohr Natan Synagogue to make way for a 15-story mixed-use building. (New York Post)

LOST AND FOUND: Essays by Jewish teenagers from the 1930s, culled from YIVO’s archives in New York and Vilnius, inspired a new graphic novel by New Yorker magazine cartoonist Ken Krimstein, “When I Grow Up: The Lost Autobiographies of Six Yiddish Teenagers.” (4 New York)

BY A WHISKER: New Jersey Gov. Phil Murphy, the Democrat who cultivated relations across the political spectrum with his state’s substantial Jewish community, defeated Republican Jack Ciattarelli in an unexpectedly tight reelection. (JTA)

NOT EVEN CLOSE: State Senator Todd Kaminsky, a Jewish Democrat, lost by close to 20 points to Anne Donnelly in the race for Nassau County district attorney — one of a number of races showing strong Republican gains in Democratic strongholds. (New York Times)

Happy Sigd, the Ethiopian Jewish holiday celebrating the community’s longing for Jerusalem. Dr. Shula Mola, an Israeli civil and human rights activist spending the year at Brandeis University, writes about the festivities and the Ethiopian struggle for recognition in Israel. (JTA)

The Marlene Meyerson JCC Manhattan’s Other Israel Film Festival begins today, featuring new Israeli and Palestinian films on marginalized or under-represented populations, followed by panels and director Q&A’s meant to “foster social awareness, cultural understanding and deep conversations.” All films and events will take place in person, with many of the programs also being made available virtually. The festival also marks the re-opening of the newly renovated Goldman-Sonnenfeldt Auditorium at the JCC, which has been under construction for over a year. Learn more and buy tickets for the festival here.

In his new book “Sweet Noise: Love in Wartime,” photographer Max Hirshfeld shares powerful photographs, a series of emotional love letters between his parents, and the narrative of a son’s pilgrimage exploring his origins. Join the Museum of Jewish Heritage for a virtual program exploring Hirshfeld’s work with the photographer and Jacqueline Kott-Wolle, a fellow artist and daughter of Holocaust survivors. Register here. 7:00 p.m.

Ben Yehuda Press and Ansche Chesed present a publication party for “What Remains: Selected Poems,” featuring the poet David Curzon in conversation with journalist Sandee Brawarsky. Curzon writes about his youth in Australia, of love and relationships, his encounters with Asian and Near Eastern art and artifacts, and meditations on ancient texts from many cultures. Featuring readings from the collection by Stuart Klawans, Sharon Dolin and David Roskies. Register here. 7:30 p.m.

Correction: An item yesterday on the Jews of Color Initiative’s fellowship for young adult Jews of Color misidentified one of the new fellows: Kavi Subramanian was an educator serving youth in foster care and is a recent graduate Reed College.