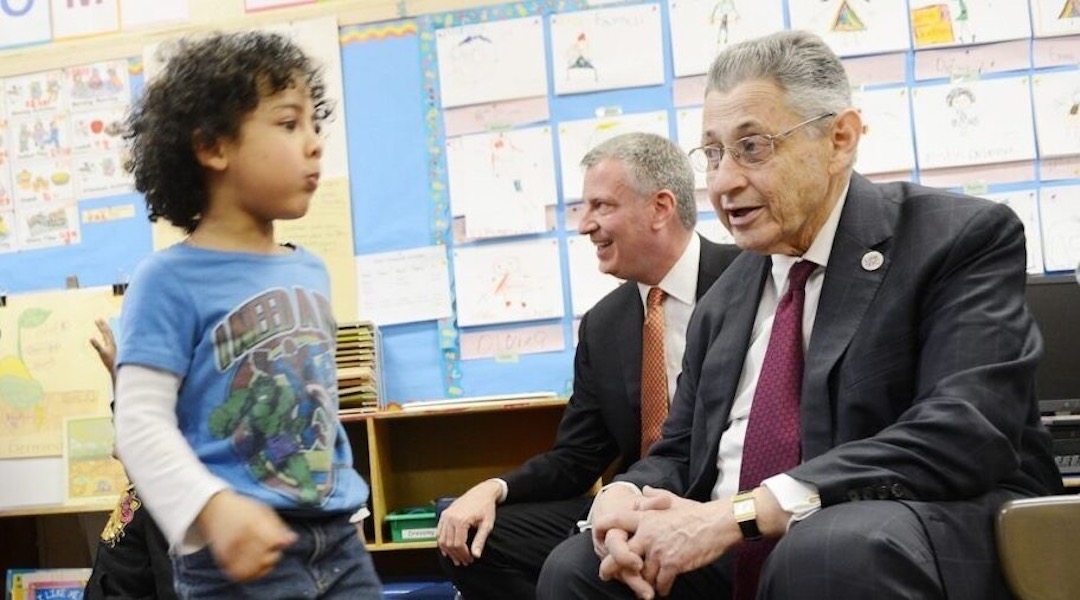 Good morning, New York. Join the New York Jewish Week and UJA-Federation of New York today at noon ET for a conversation with Scott Shay, Yossi Klein Halevi and Dr. Mijal Bitton as they discuss Shay’s new book “Conspiracy U: A Case Study” and the challenges facing American Jews on campus from both the far right and far left. Register here for this virtual event.

Powerful pol Sheldon Silver dies: The former speaker of the New York State Assembly is dead at 77. An Orthodox Jew and Democrat who represented New York’s Lower East Side, Silver died at Otisville Correctional Facility in upstate New York, where he had been serving a 6 1/2-year sentence on federal corruption charges. Get the details here.

If you can’t join ’em, beat ’em: The professors who quit CUNY’s faculty union over its “anti-Semitic, anti-Jewish, and anti-Israel” activity are targeting the union’s right to exclusively represent the university’s faculty and professional staff. Julia Gergely explains the strategy of their recent lawsuit.

In his debt: Philanthropist Michael Steinhardt is under legal scrutiny for dealing in antiquities that New York prosecutors say had been trading illegally. JTA’s Asaf Shalev looks into the billionaire’s activities in Israel, whose arts and culture community is loath to criticize a generous benefactor.

Pamela Adlon’s “mind-blowing” discovery: Our pals at JTA have an exclusive clip of tonight’s episode of the PBS series “Finding Your Roots,” in which host Henry Louis Gates Jr. informs the Manhattan-born actress and comedian that her great-great-grandfather was a famous rabbi.

Condemnation: The New York chapter of the Council on American-Islamic Relations condemned two recent antisemitic incidents in the city, including a woman who accosted Jewish children outside of a Brooklyn synagogue last Friday and the assault of a Hasidic man on Sunday in Crown Heights. “We condemn these appalling acts of antisemitic hate and stand in solidarity with the Jewish community,” said CAIR-New York Executive Director Afaf Nasher in a statement.

Remembering: Robert Kieval, who served as senior cantor at B’nai Israel Congregation in Rockland, Maryland from 1977 to 2001, and more recently  served on the faculty at the Jewish Theological Seminary, died on Sunday. A member of the East Midwood Jewish Center in Brooklyn, Kievel is a former president of the Cantors Assembly, where he led popular virtual classes. Listen here for his performance of “Habeit Mishamayim” by Moshe Ganchoff. 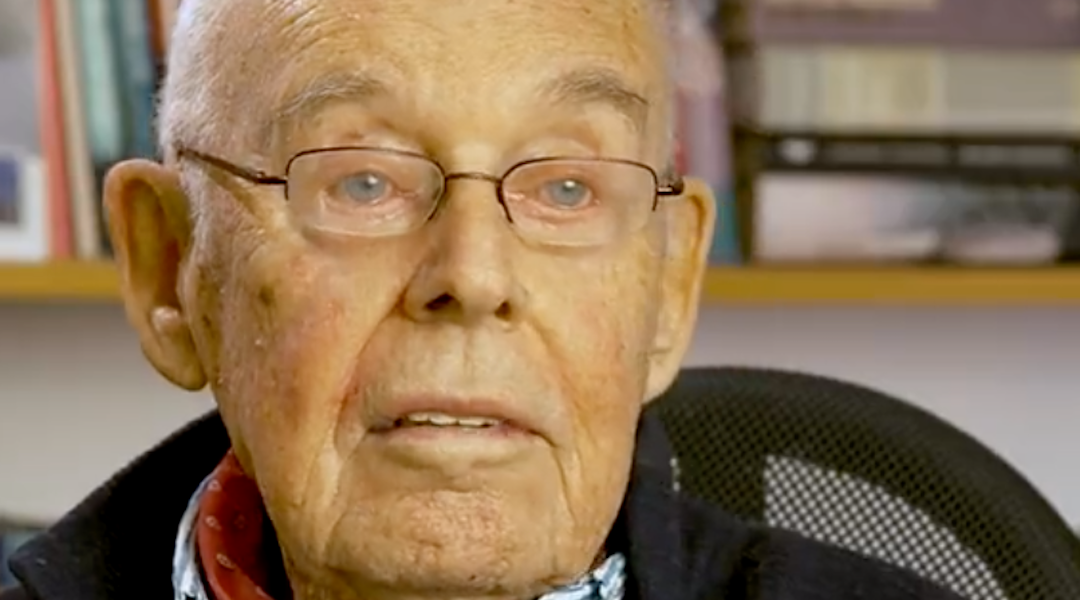 In a video from #DontBeABystander, Andrzej Sitkowski describes how he and his wife Helen risked their lives by offering Jews shelter from the Nazi horrors. (Claims Conference)

The brave: The Conference on Jewish Material Claims Against Germany announced a new social media campaign in partnership with Yad Vashem ahead of Thursday’s commemoration of International Holocaust Remembrance Day. “#DontBeABystander: Those Who Risked It All to Save a Life” is a series of two-minute videos about the “Righteous Among the Nations,” non-Jews who risked everything to save Jews during the Holocaust. Visit DontBeABystander.org to find links to the videos.

Above: In a video from #DontBeABystander, Andrzej Sitkowski describes how he and his wife Helen risked their lives by offering Jews shelter from the Nazi horrors. (Claims Conference)

New York Jewish Agenda Board Chair Nancy Kaufman and NYJA President Matt Nosanchuk speak with Daniel Sokatch, the CEO of the New Israel Fund, about his new book, “Can We Talk About Israel?” Register here. 12:30 p.m.

“Who Knows One?” with creator/host Micah Hart is a pandemic-era game show that combines Six Degrees of Separation and Jewish Geography. Register for this live, interactive event from the 92Y Live series here. 7:00 p.m.