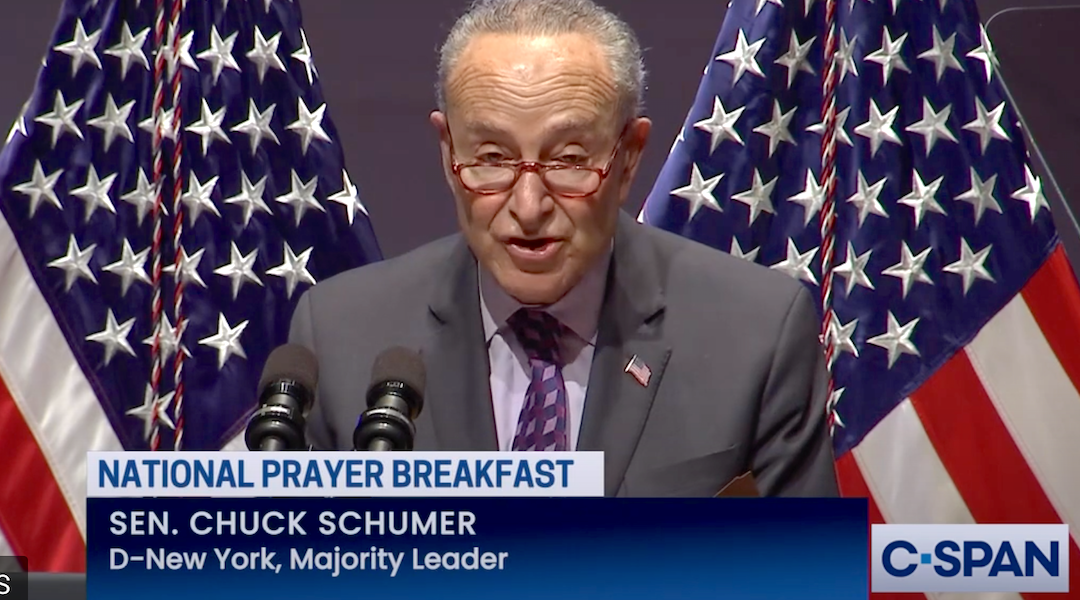 And just like that: The season finale of HBO’s “Sex and the City” reboot, “And Just Like That,” premiered yesterday. Viewers of the NYC-centric show were led to believe that the season would culminate with the “they mitzvah” of Charlotte York Goldenblatt’s non-binary child, Rock — but, well, that’s not exactly what happens. JTA’s Philissa Cramer unpacks the episode, and how it challenges many longstanding Jewish traditions — just not necessarily in the ways you’d expect.

Civil rights case: The Department of Education will look into Jewish students’ complaints that they have been bullied and harassed in Brooklyn College’s Mental Health Counseling master’s program. One student tells The New York Jewish Week that after complaining to a professor about antisemitism, the professor said to “keep my head down and to get your whiteness in check.” Stewart Ain reports.

Laugh tracks: The Twitter account of Yeshiva Har Torah in Queens has fewer than 4,000 followers, but that hasn’t kept some of its tweets from going viral among the religious users on “Frum Twitter.” The account takes a tongue-in-cheek look at straitlaced yeshiva life, as Shira Hanau explains.

Hummus among us: Can a food festival foster peace between Israel and its Arab neighbors? A new documentary, “Breaking Bread,” which focuses on the founder of Haifa’s A-Sham festival — which is devoted to culinary collaborations between Israeli and Arab chefs — says it can. The film opens in New York today at Quad Cinema on West 13th Street.

Home and away: A synagogue can be a like a good neighborhood bar or your favorite cafe, writes The New York Jewish Week’s Andrew Silow-Carroll: a place where everybody knows your name.

Remembering: Philanthropist and Manhattan native Leona Chanin died Wednesday at her home in Palm Beach, Florida. She was 103. Chanin was a former senior vice president of the American Jewish Congress and, with her late husband Marcy Chanin, a real estate executive, endowed the Leona and  Marcy Chanin Language Center at Hunter College and the genetic engineering building at the Technion in Israel.

Yeshiva University announced a $20 million gift from the Belz family of Memphis, Tennessee, which it will use to launch a comprehensive renovation of Y.U.’s main academic building on the Wilf Campus in Washington Heights. The gift includes the Belz family’s Judaica collection, valued at $6 million.

Incidents like the Colleyville hostage situation have forced large philanthropies to make Jewish security a priority. Eric S. Goldstein, CEO of UJA-Federation of New York, explains how one of the country’s largest Jewish charities has shifted gears to keep Jews safe in an era of rising antisemitism.

Why does an omnipresent God need a sanctuary in the desert, or a synagogue in the suburbs? Rabbi Leora J. Frankel of Larchmont Temple says this week’s Torah portion teaches that holiness is found among the collaborative efforts of the builders.