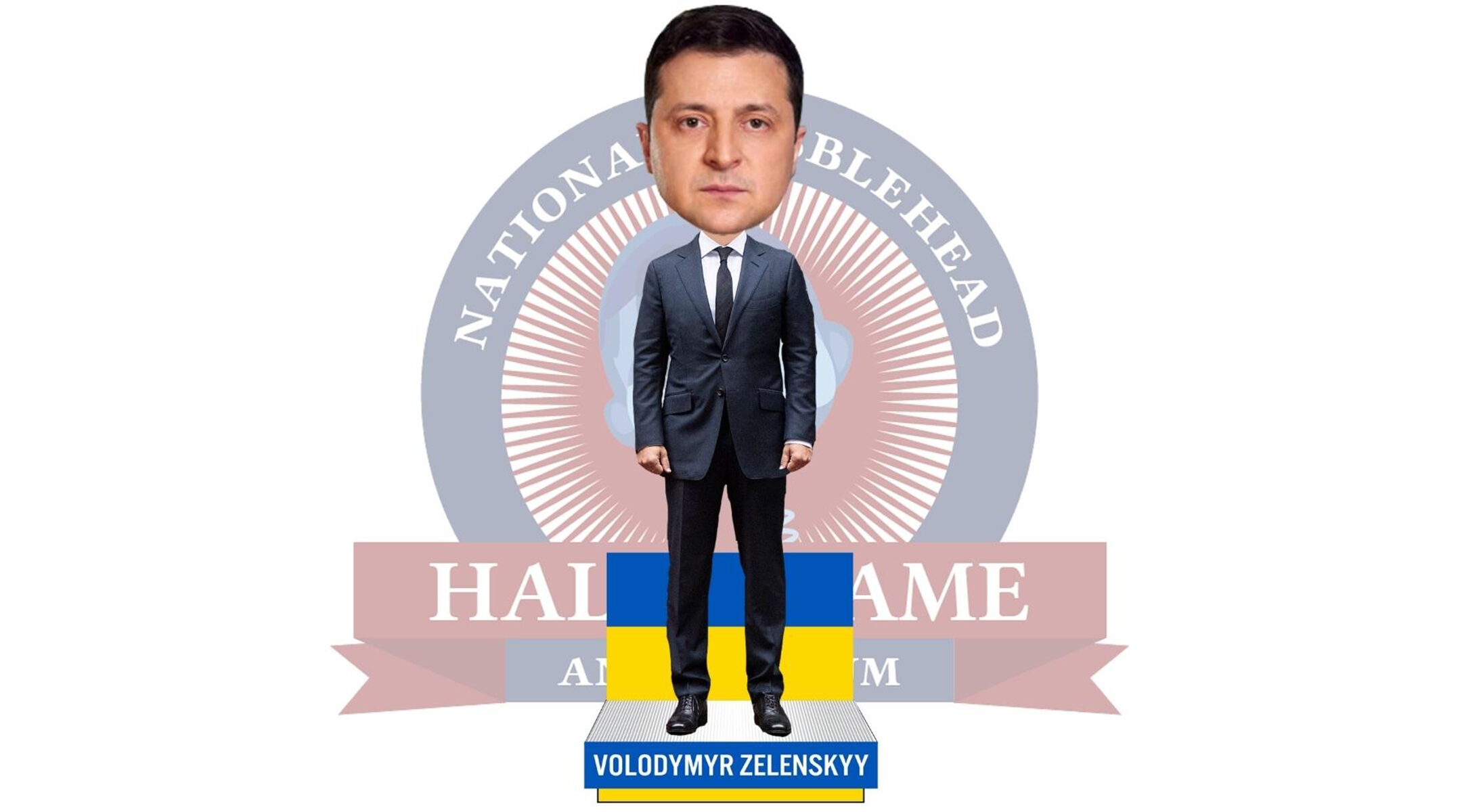 (JTA) — Ukraine’s Jewish president Volodymyr Zelensky has become a global symbol of defiance as his country endures an all-out offensive from Russia.

British lawmakers gave him a standing ovation. Fans have set his speeches to rousing soundtracks. And Jewish supporters have called him a “modern Maccabee,” a reference to the ancient Jews who stood up to a formidable army in the Hanukkah story.

So it only makes sense that he would join the ranks of the public figures immortalized in a bobblehead doll.

The National Bobblehead Hall of Fame and Museum in Milwaukee, Wisconsin, cofounded by Jewish Illinois native Phil Sklar, has announced a Zelensky bobblehead, and will donate some of the proceeds to Ukraine relief.

In a statement, Sklar said the figurine was intended to “show our support like countless others throughout the country and across the world” and “to help raise funds and awareness for Ukraine.”

The museum said it will donate $5 from each bobblehead sale to GlobalGiving’s Ukraine Crisis Relief Fund. The fund has already raised more than $10 million to support humanitarian efforts in Ukraine and surrounding areas that are taking in refugees.

The Zelensky bobblehead is dressed in a dark suit and blue tie, standing on a base displaying his name and backed with the blue and yellow of the Ukrainian flag. The item is currently available for preorder, selling for $30 each plus a flat-rate $8 shipping fee, and are expected to ship late this spring.