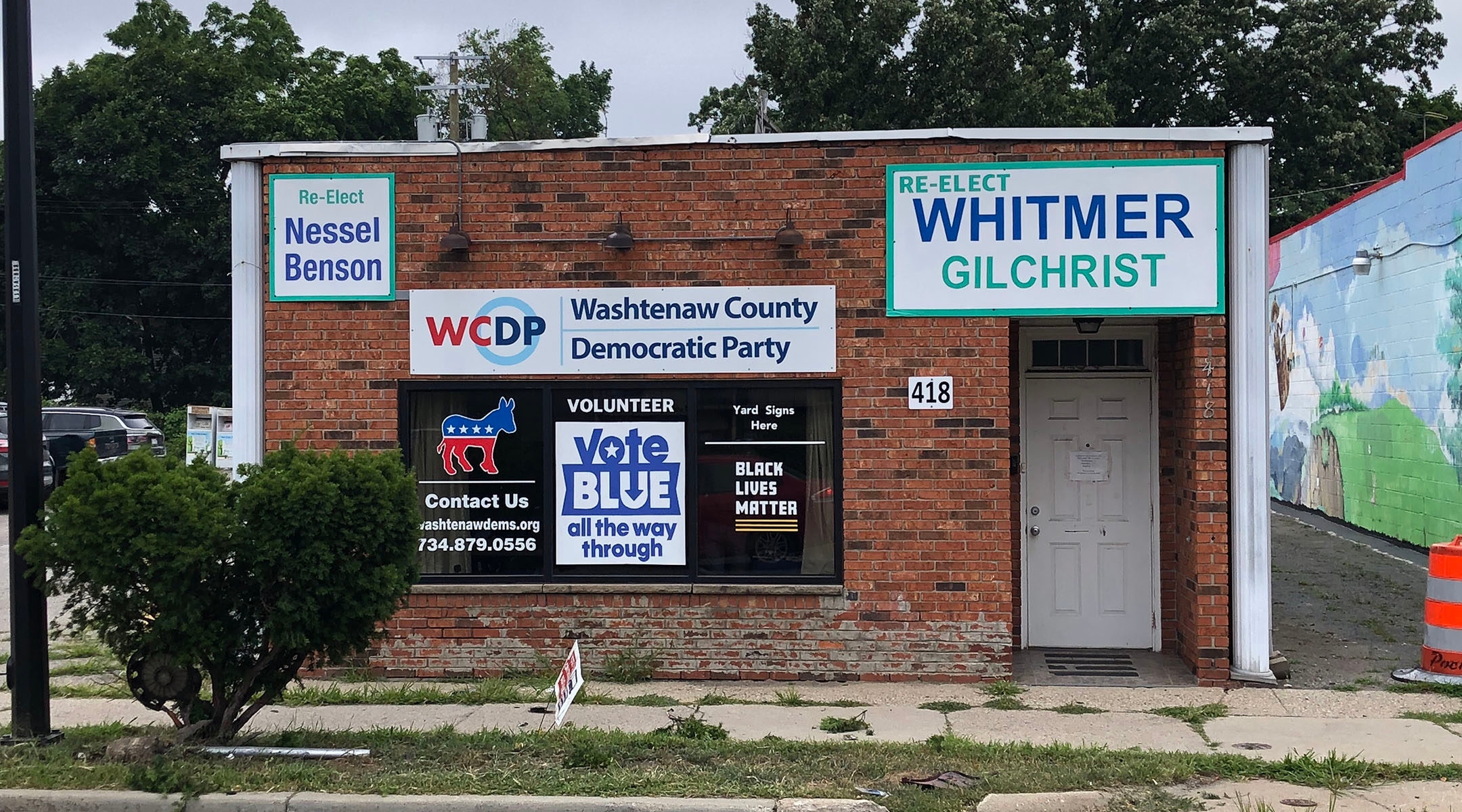 (JTA) — The chair of a county Democratic Party in Michigan apologized after the group made a social media post reading “Zionists have no place in office,” apparently meant to support a member of Congress, Rep. Andy Levin, who identifies as a Zionist.

Washtenaw County Democratic Party chair Chris Savage issued an apology Saturday for the TikTok post, which was sent Friday by the @WashtenawDems account and referenced the millions of dollars’ worth of pro-Israel money that has flowed into Michigan’s 11th District primary. The race, a redistricting battle between progressive Jewish member Levin and centrist non-Jewish Rep. Haley Stevens, concludes Tuesday.

The party group has since deleted the post, but a screenshot of it was shared on social media by Jordan Acker, a Jewish Democrat who is an elected member of the University of Michigan Board of Regents. It contains the text “Zionists have no place in office” under a headline reading “AIPAC VS ANDY LEVIN” and a hashtag reading “#nastywoman” with a devil-horns emoji.

Hey @WashtenawDems I hope this isn’t you. Ps, @Andy_Levin and @HaleyLive are both Zionists. And this is blatant and disgusting antisemitism. pic.twitter.com/3scTaki53M

“Naturally I was troubled by this,” Levin told the Jewish Telegraphic Agency. “I was grateful for the Washtenaw Dems’ swift action and apology.”

The post, which Acker later said had been made by a college student, was notable for arriving in the thick of a Democratic primary season that has been largely defined by how thoroughly Israel has taken center stage in even local races. AIPAC has demonstrated a willingness to spend enormous sums of money to back their preferred candidates, who support hard-line pro-Israel policies, over more liberal opponents.

At the same time, the Democratic Party has become more divided over its stance on Israel. For many young progressives, “Zionism” — even the more liberal two-state variety advocated by the likes of Levin — has become a dirty word synonymous with perpetual oppression of Palestinians.

Michigan’s Democratic primary, pitting a progressive Jewish legislator who opposes AIPAC’s influence against a centrist non-Jewish one who accepts their campaign funds, is unfolding against this backdrop. Both Levin and Stevens identify as Zionists, but pro-Israel leaders, including the former director of AIPAC, have mobilized against Levin for criticizing Israel and for authoring a bill that would push for pro-Palestinian concessions as a prerequisite for a two-state solution. Stevens, meanwhile, has advocated solely for Israel’s right to defend itself.

According to campaign finance documents, AIPAC’s Super PAC, United Democracy Project, has spent nearly $3.9 million supporting Stevens and another $341,000 opposing Levin, with assorted other pro-Israel PACs making more modest expenditures in the race. The AIPAC Super PAC has spent more money backing Stevens than it has supporting any other candidate this primary cycle; the only expenditure that’s surpassed it is the $4.2 million it spent successfully opposing a Maryland congressional bid by former Rep. Donna Edwards.

A PAC affiliated with J Street, a liberal pro-Israel group that acts as an alternative to AIPAC, has spent around $230,000 supporting Levin. 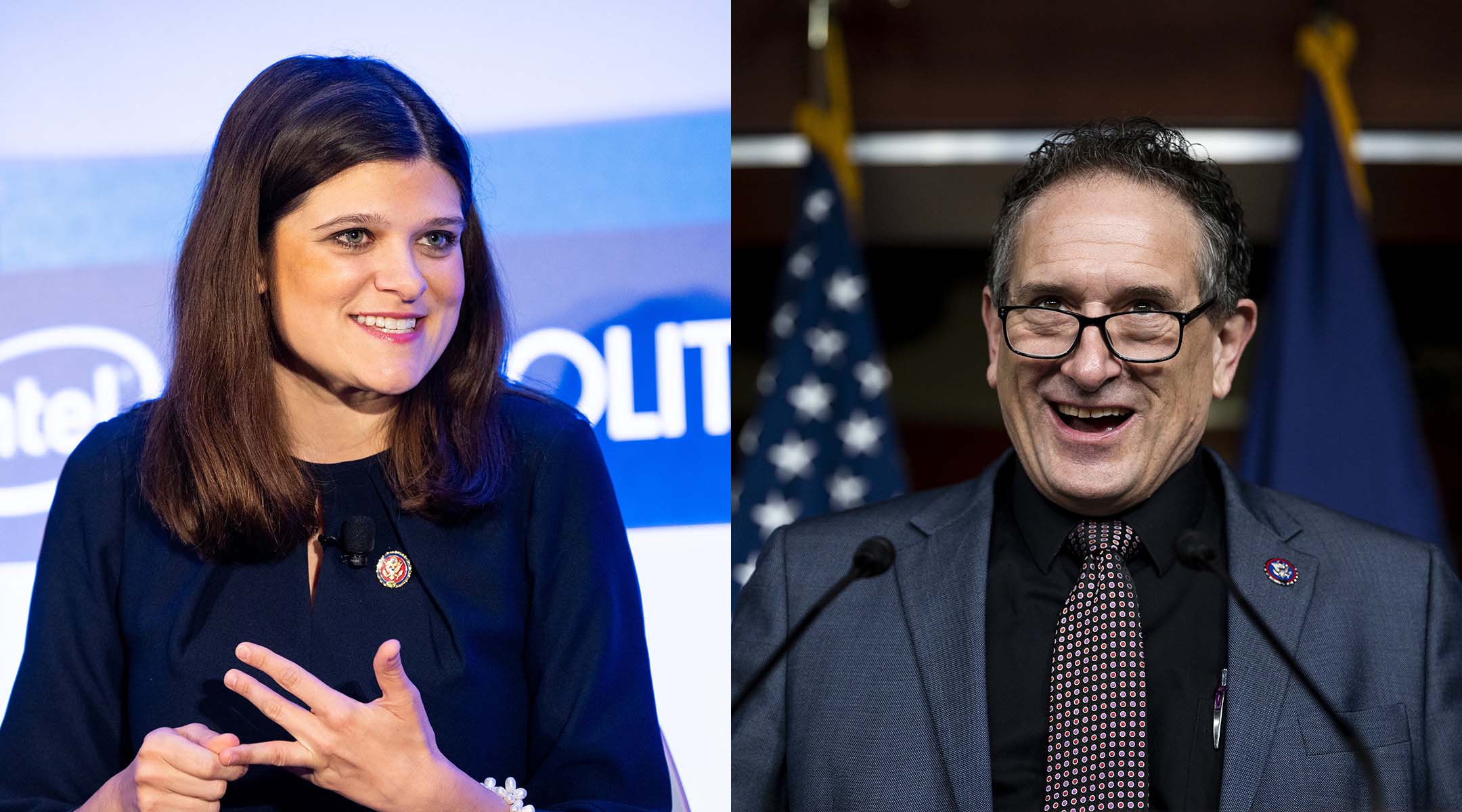 Their primary race has become one of the most closely watched in the country. This is the first election cycle in which AIPAC has taken a direct fundraising approach to its preferred candidates. A statement Monday from the Levin campaign referenced “the national and local media attention on the outside spending by Republican-funded, dark money groups against us,” without directly naming AIPAC, which receives a large chunk of its funding from Republican donors.

Washtenaw County includes Ann Arbor, home to the University of Michigan, and Ypsilanti, home of Eastern Michigan University; an estimated 8,000 Jews live in the county. It is not part of the 11th District.

Acker, who did not return a JTA request for comment, called the Washtenaw Dems post “blatant and disgusting antisemitism.” An initial tweeted reply from Savage was deleted after criticism from other Michigan Jewish Democrats, including Noah Arbit, the founder of the Michigan Jewish Democratic Caucus who is currently running in his own primary for state senate.

Shortly after, Savage signed a lengthy apology in which he called the TikTok post “not approved” and “completely inappropriate.”

“On behalf of the Washtenaw County Democratic Party, I honestly and sincerely apologize to the Jewish community and anyone else who was rightfully offended by the post,” Savage wrote. “It does not represent who we are as Democrats or thoughtful, caring, compassionate members of society. We are so much better than this.”

Neither Savage nor a representative for Stevens returned JTA requests for comment. A request for comment to the Jewish Federation of Greater Ann Arbor went unreturned.

In a follow-up thread Sunday, Acker said that he had learned from Savage that the staffer who made the post was a college student. Acker said that the student “deserves, like anyone else of that age, some grace and the ability to learn from it. They should not be cancelled or fired,” but, he said, “what they should do is understand the perspective of Jewish members of the community.”

Acker further tweeted that he did not believe Savage was an antisemite, but, “I think we agree that the post was antisemitic in its result, regardless of whatever the intent was.”

The incident had echoes of another recent local political party social media controversy: A Kentucky county’s Republican Party Facebook page in July said that President Joe Biden’s newly appointed Jewish firearms regulator was part of a “Jewish junta.” That party chair later said the page had been “hacked,” but did not formally apologize for the post.

Levin, who has been trailing Stevens in the polls, held a rally Friday with Jewish Sen. Bernie Sanders, a frequent critic of Israel, and fellow Detroit-area Rep. Rashida Tlaib, one of Israel’s most ardent critics in the House, who is also facing a primary challenge Tuesday.

Levin also appeared earlier that day in a virtual conversation with Jewish Currents editor-at-large Peter Beinart, a leading progressive Jewish critic of Israel. During the talk, Levin criticized AIPAC for spending so much money on his opponent, while revealing that his father Sander and uncle Carl, both longtime Michigan politicos, went to high school with the father of former AIPAC president David Victor, a Detroit resident who has been leading the charge against Levin’s campaign.

Levin also said that the U.S. failure to more forcefully investigate the shooting death of Palestinian-American journalist Shireen Abu Akleh was a “shonda”; and said, “I believe I represent a new center of gravity in the Jewish community.”