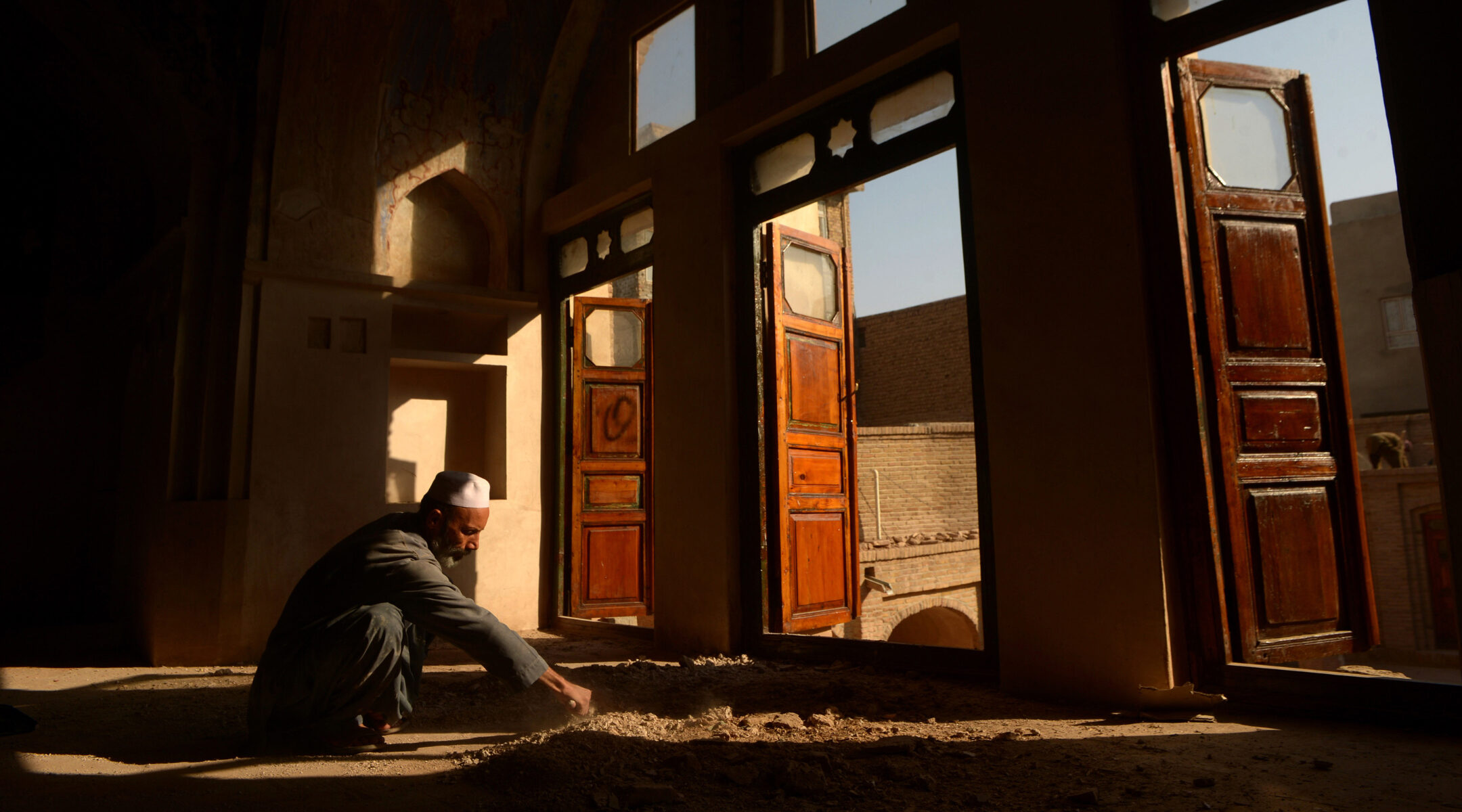 (JTA) — Though the Jews of Herat in western Afghanistan haven’t lived there in decades, the city’s historic synagogue, thought to have been built around the turn of the 20th century, is set to undergo a conservation project with the backing of the Taliban government, according to the Art Newspaper.

The 16-month project, set to start in November, is aimed at preventing the collapse of the Yu Aw synagogue’s structure. It is being planned by the Herat municipality and other local organizations, and it is being funded with nearly $500,000 from the Aliph Foundation, a Swiss group aimed at protecting cultural heritage sites in conflict areas. The community mikvah, known as the Hammam-e Mosaie, will also be repaired as part of the project.

The synagogue last underwent a two year restoration project that was completed in 2009, with funding from another Swiss organization. For a few years, it served as an educational center for women and children, but it was shut down again in 2014 due to seepage from a “poorly constructed, UN-funded municipal drainage channel in the adjoining road,” the Art Newspaper reported. It is also not explicitly a Jewish heritage project.

“This is a cultural and historic site, which is not used as a place of worship, and the local government will support its preservation,” Zalmay Safa, the head of Herat’s monuments department, told the Art Newspaper. “Despite the change in government our historic sites remain protected and they are not in any way connected to religious matters.”

By 1948, Herat’s Jewish population that once numbered in the tens of thousands had dropped to about 280 Jewish families. With the establishment of the state of Israel, many of these families moved to Israel or the United States, and the local Jewish community had completely left by the 1970s.

In the following decades, nearly all of the Jews of Afghanistan left the country, with one notable exception — Zebulon Simantov, who was born in Herat, refused to leave the country despite numerous security risks until September 2021, one month after the Taliban, a radical Islamist regime that the United States considers a terrorist group, returned to power. Simantov went to Israel, where his ex-wife had been living with their two daughters while waiting for him to grant her a religious divorce that he had been withholding.

“There is a lot of interest in preserving and studying issues related to culture and history,” Safa said. “We want to prove that we are tolerant and accepting of one another, we seek peace and we are not extremists.”