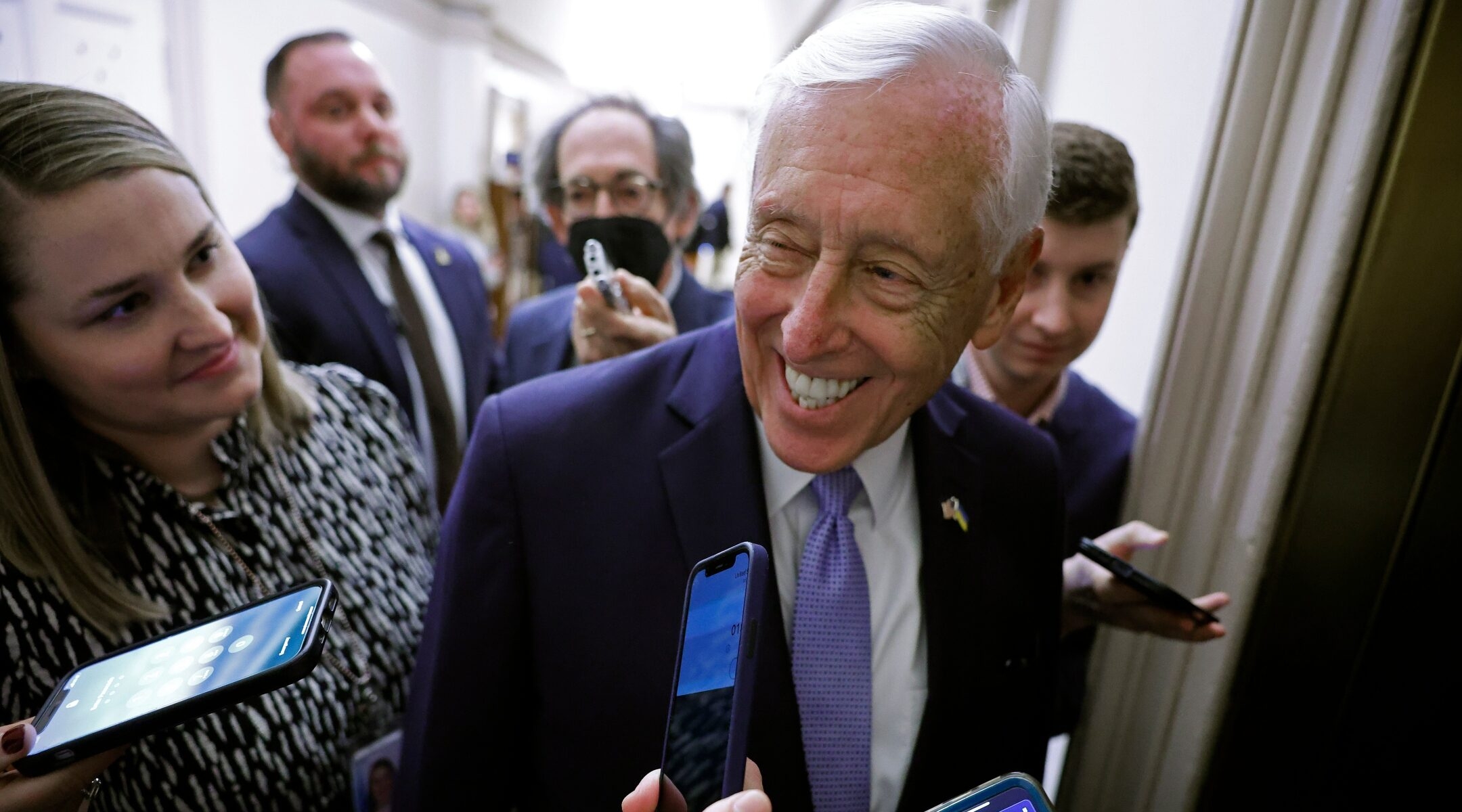 (JTA) — Steny Hoyer, the longtime No. 2 leader of Democrats in the U.S. House of Representatives who was known for decades for his closeness to AIPAC, is stepping down from his leadership position.

Hoyer, 83, the current majority leader, has been close for decades to Maryland’s Jewish community. He announced his departure Thursday, the same day that Nancy Pelosi, the House Speaker, also said she would leave the leadership. Both were reelected to Congress this month and will serve out their terms. (Both also served together as interns in 1963 in the office of late Maryland Sen. Daniel Brewster.)

Hoyer and Pelosi are stepping down after Democrats narrowly lost the House to Republicans in Nov. 8 midterm elections.

Hoyer for years led a show of a solidarity at the annual conference of the American Israel Public Affairs Committee, appearing with a counterpart in the Republican leadership, in which both would say they disagreed on plenty, but they both agreed on support for Israel. They would often use the occasion to announce bipartisan pro-Israel legislation or initiatives.

He also led for years a tour of Democratic freshmen to Israel. In recent years, his staunch pro-Israel views lost favor among some progressive Democrats who are more critical of Israel, and in 2019, Michigan’s Rashida Tlaib said she would lead a competing trip to the Palestinian areas. She was stymied when then-Israeli Prime Minister Benjamin Netanyahu heeded a demand from then-President Donald Trump not to allow her into the country.

Hoyer did not always hew to AIPAC’s line. In 2015 he opposed the group’s signature agenda item that year, which was to kill the Iran nuclear deal advanced by Democratic President Barack Obama.

In his letter announcing his resignation, Hoyer endorsed as Democratic leader New York Rep. Hakeem Jeffries, who is also close to AIPAC.