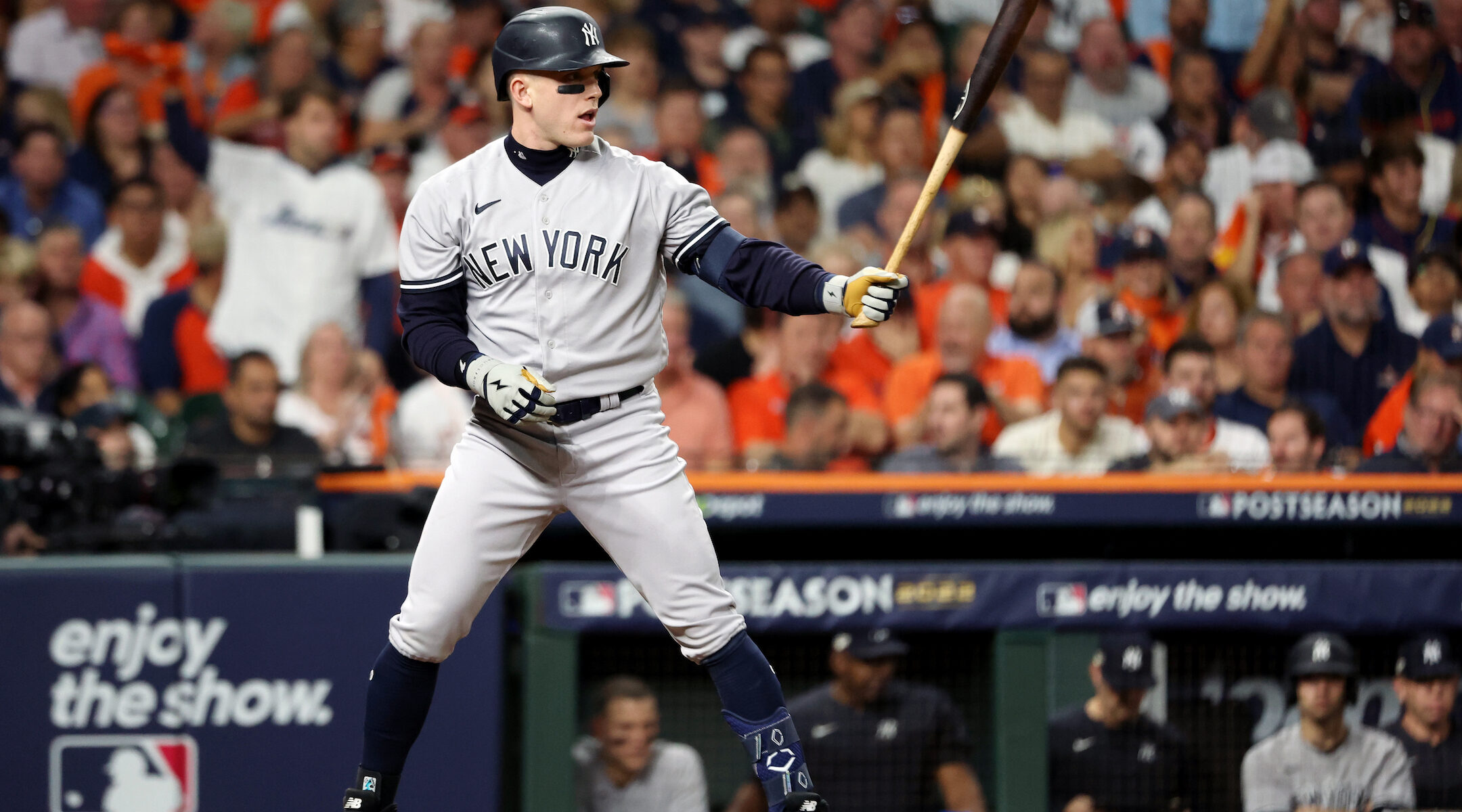 (JTA) — New York Yankees outfielder Harrison Bader, whose father is Jewish, shared this week that he will no longer play for Team Israel in the 2023 World Baseball Classic, citing a desire to remain healthy after an injury-plagued 2022 season. The 2023 Major League Baseball season begins only days after the WBC concludes in March.

But Bader did not rule out the possibility of playing for Israel in the future.

“When it comes back around and the opportunity’s extended, I would absolutely consider it much more, and we’ll kind of go from there,” he said on the New York Post’s baseball podcast.

Bader’s Yankee teammate Scott Effross, a reliever who posted a stellar 2.54 earned-run average in 2022, had also planned to play for Team Israel. But he had to undergo Tommy John surgery this fall, which will likely keep him off the field for at least a year.

Thanks to a recruiting effort by former All-Star second baseman Ian Kinsler, who is now Team Israel’s manager after previously playing for it during the 2020 Olympics, the squad remains loaded with major league talent.

According to publicly released information and the Jewish Telegraphic Agency’s reporting, here are some of Team Israel’s key current roster pieces:

All told, the Israeli team could feature up to a dozen major league players. One contributing factor is that Israel’s group in the WBC will play in Miami, close to many MLB team’s spring training facilities.

“Team Israel has shown well,” Kinsler told JTA in October. “Being in Miami makes [players’] decisions easier. All of those things led to more opportunities for more players. I think we get more accomplished players.”

Another element is Israel’s continued success on the international stage. The team reached seventh place at the 2017 WBC and was one of just six teams to qualify for the 2020 Olympics.

With the tournament still months away, the recruitment continues.

Houston Astros star Jewish third baseman Alex Bregman, who played for the U.S. team in 2017, does not plan to play in the tournament. Atlanta Braves ace pitcher Max Fried has thus far been noncommittal, according to Team Israel’s general manager Peter Kurz. Catcher Garrett Stubbs, a backup on the Philadelphia Phillies, is considering joining the team. Milwaukee Brewers slugging first baseman Rowdy Tellez, who has a Mexican father and Jewish mother, has committed to play for Mexico.

Kinsler said his biggest recruit so far — Pederson, who has become a star in recent years by helping multiple teams earn World Series victories — is helping with the effort.

“Joc’s making phone calls and sending texts and is doing his best,” Kinsler said. “He wants to play on a competitive team.”