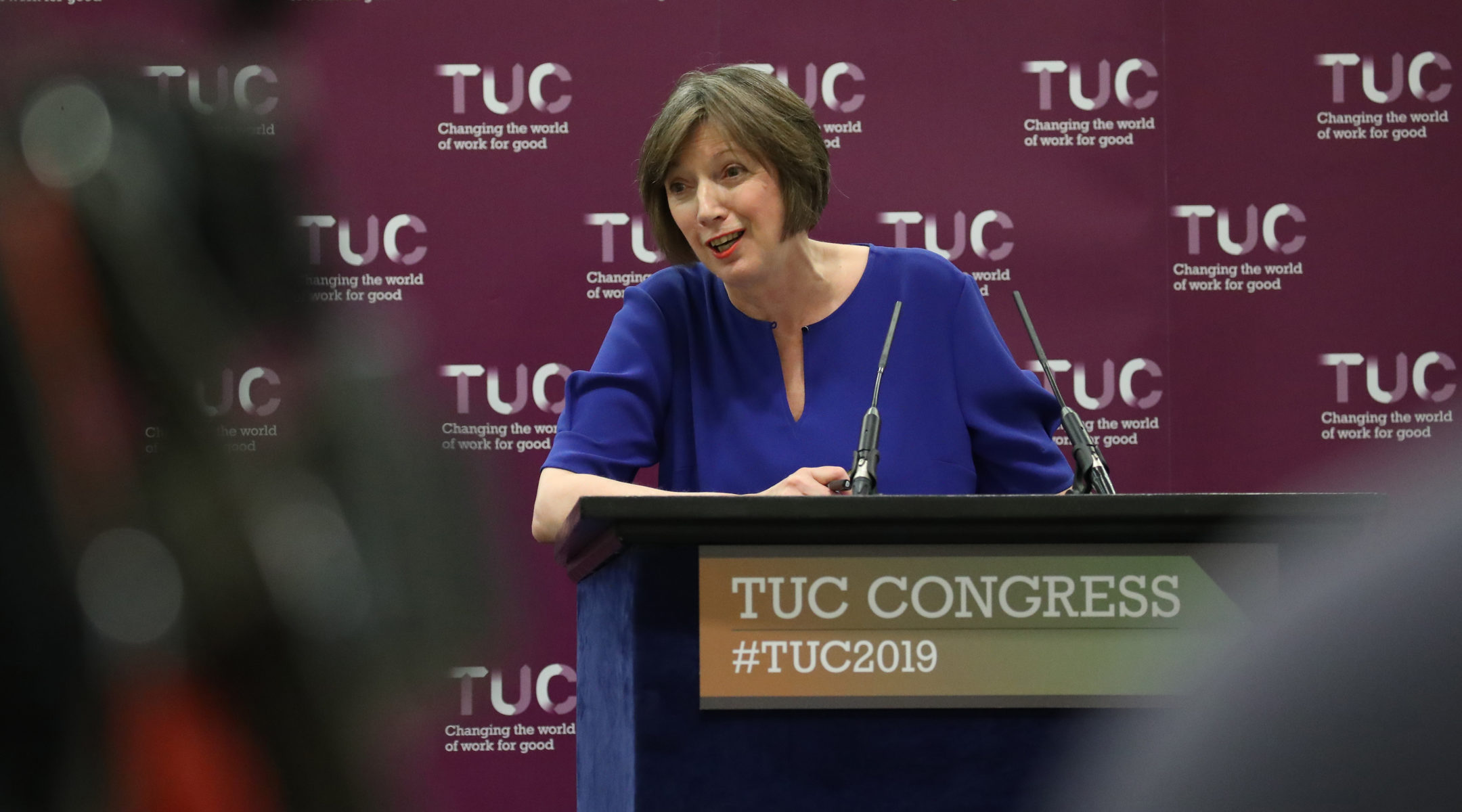 Frances O'Grady, General Secretary of the Trades Union Congress, during a press conference at the Grand Hotel in Brighton on day one of the 2019 TUC Congress. (Andrew Matthews/PA Images via Getty Images)
Advertisement

(JTA) — The leaders of British trade unions, which for years have expressed support for various forms of boycott against Israel, passed a motion seen as endorsing the measure.

The nonbinding motion passed Wednesday at the union’s main gathering and internal elections event in Brighton by the Trades Union Congress calls for prioritizing “Palestinians’ rights to justice and equality, including by applying these principles based on international law to all UK trade with Israel.”

The Trade Union Congress, which has 5.6 million members, has adopted several similar motions in recent years. In 2010, it agreed to “encourage affiliates, employers and pension funds to disinvest from and boycott the goods of companies who profit from illegal settlements, the occupation and the construction” of Israel’s security barrier with the West Bank.

Such language has been used to justify blanket boycotts of Israel, whose water company, banks, pension funds and food industry all service Israelis within the country’s 1949 armistice lines and in the West Bank, eastern Jerusalem, the Golan and the Jordan Valley.

In 2014, the Trade Union Congress on the United Kingdom and the European Union “to end immediately arms trading with Israel including all military-industrial collaboration” and for “the suspension of the EU-Israel Association Agreement until the rights of the Palestinians are established.”