Israel and Poland slam glorification of Nazi collaborators in Ukraine 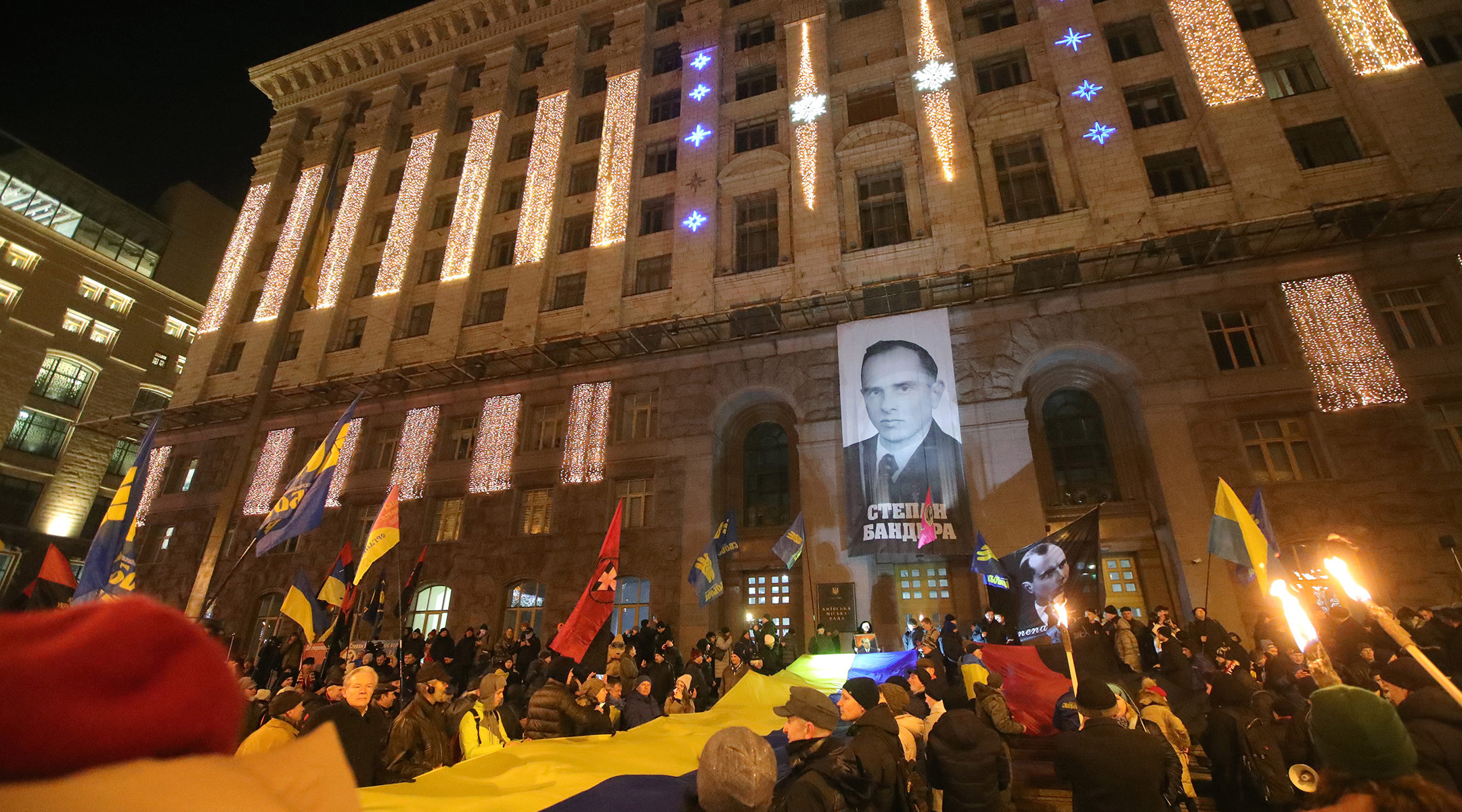 (JTA) — Following a nationalist march in Ukraine in honor of a Nazi collaborator, the ambassadors of Israel and Poland protested the glorification of Holocaust-era war criminals.

In a joint letter sent on Thursday, Joel Lin and Bartosz Cichocki accused the city government of the Ukrainian capital of Kyiv of having “waved the Stepan Bandera banner,” a reference to a portrait of the Ukrainian Nazi collaborator that was hung from a municipal building at the end of a Jan. 1 march honoring Bandera’s 111th birthday. Hundreds of people attended the march.

Bandera is revered in Ukraine because he fought Russian domination alongside the Nazis. Bandera hoped the Germans would allow his country independence from the Soviet Union, though the Nazis later arrested him. Bandera is not known to have participated in the killings of Jews, though men under his command did kill thousands of Jews and Poles.

“Celebrating these individuals is an insult,” the ambassadors wrote.

The joint rebuke was an unusual move for Poland and Israel, two countries with deep cultural and economic ties to Ukraine.

The letter also condemned the sponsorship by the Lviv district of an event celebrating Andryi Melnyk, another collaborator with the Third Reich.

The ambassadors wrote the events caused them “great concern and sorrow.”