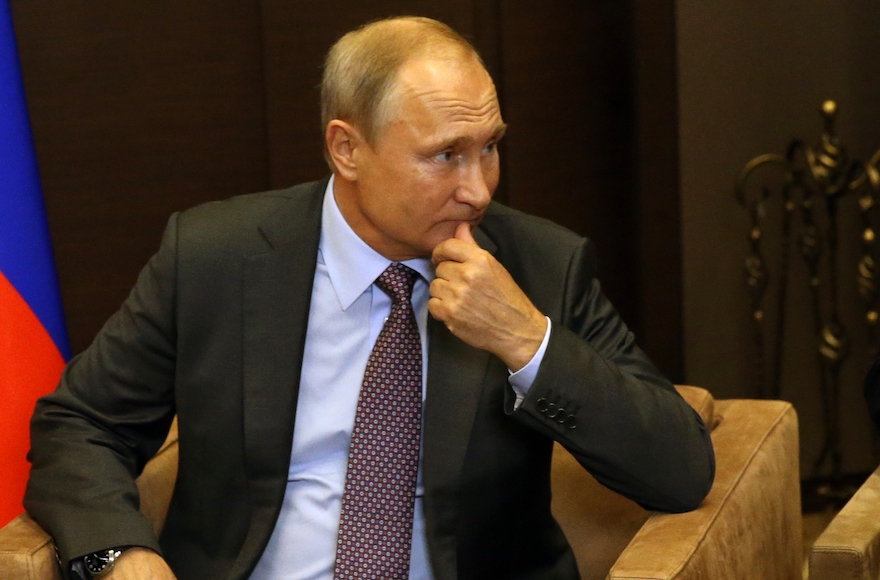 Putin made the statement, his strongest public expression of kinship with the Jewish state to date, during a speech Tuesday in Moscow at an event organized by the United Israel Appeal, a Zionist organization responsible for collecting funds.

“Citizens of Russia and Israel are connected by ties of family, kinship and friendship. This is a real network, a common family, I say without exaggeration. Israel has almost 2 million Russian-speaking citizens. We consider Israel a Russian-speaking state,” he said.

Putin also said he would travel to Israel in January at the invitation of President Reuven Rivlin to attend events dedicated to the 75th anniversary of the liberation of the Auschwitz concentration camp and International Holocaust Remembrance Day.

“Of course, I will definitely take advantage of this invitation,” Putin said.

Trade between Israel and Russia rose by 9 percent in 2018 over the previous year, he added.

Under Putin, Russia has deepened its alliance with Iran, despite calls by that country to destroy Israel and alleged attempts to develop nuclear and other arms in the context of Iran’s conflict with Israel. Russia also supports Syrian President Bashar Assad and Hezbollah, and is one of the few major powers in the world with official relations with Hamas officials.