Trump has tainted Israel on the left. But that doesn’t let Democrats off the hook. 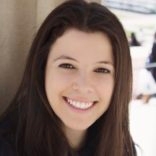 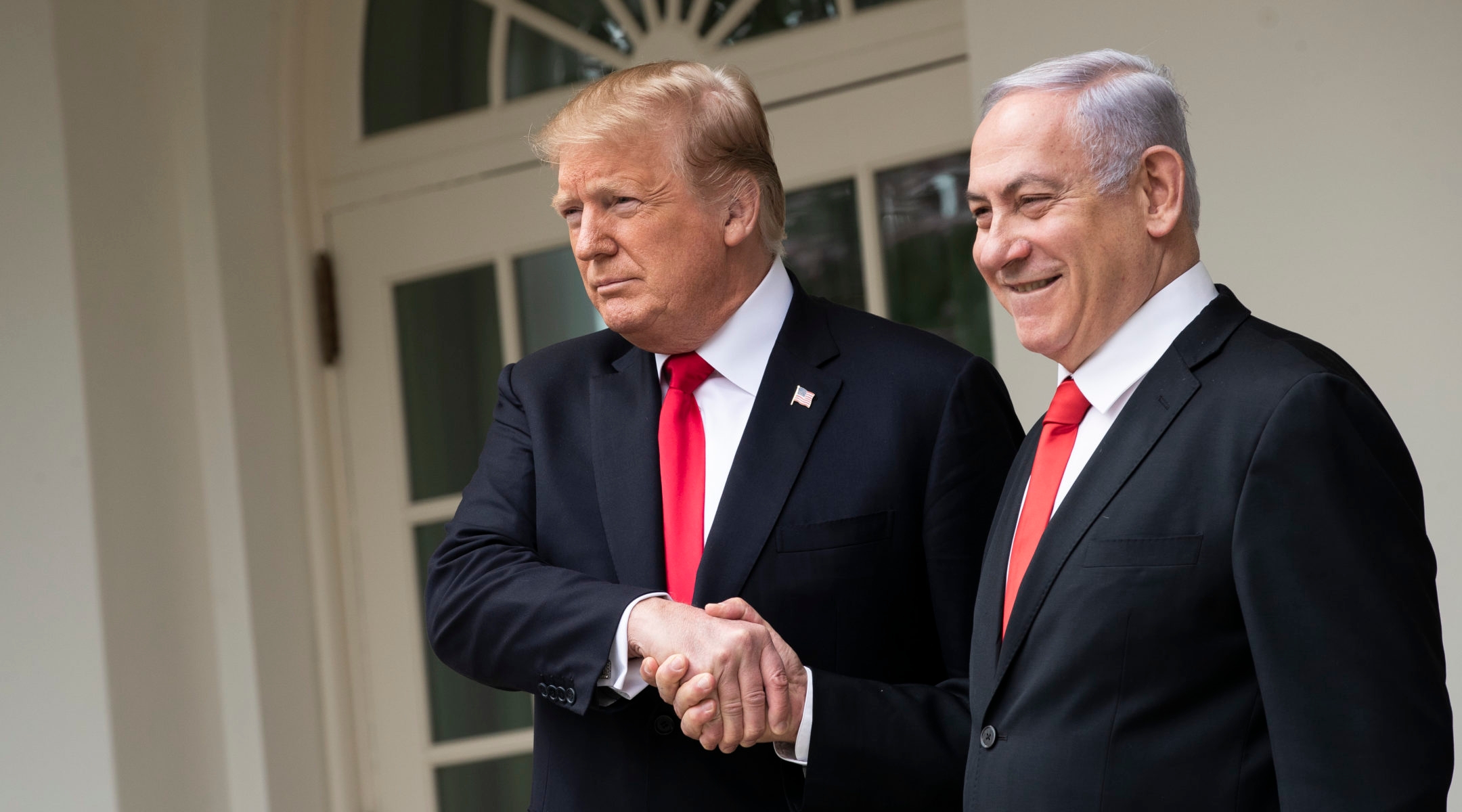 President Donald Trump and Prime Minister of Israel Benjamin Netanyahu shake hands while walking through the colonnade prior to an Oval Office meeting at the White House March 25, 2019 in Washington, DC. President Donald Trump has been good to Israel – which is turning Israel into something progressives love to hate, writes Daniella Greenbaum Davis. (Drew Angerer/Getty Images)
Advertisement

NEW YORK (JTA) — Despite his questionable record with the American Jewish community, it’s hard to argue that President Trump has been anything but fantastic when it comes to Israel. He’s gone further than erasing the daylight that President Obama inserted into the U.S.-Israel relationship: The Trump administration has treated Israel as a strategic partner, a friend and a fellow adult in the room, not a child who needs a scolding every once in a while.

But the Trump presidency will come to an end — one day soon, I hope. And when it does, American Jews will need to face the reality that for progressives, Trump’s support of Israel will count as a strike against the Jewish state. In the minds of most progressives, everything the president touches becomes toxic, politically infeasible and morally repugnant. Everyone should be concerned — pro-Israel Americans especially so.

But making Israel a partisan issue is dangerous. And the only people who can keep Trump from forever tainting Israel in the minds of Americans who despise him are the moderate Democrats, who have been woefully underwhelming in their approach.

Writing in The New York Times about the Democratic party’s recent abhorrent embrace of the “ambulance-chasing, anti-Semitic, anti-white race hustler” Reverend Al Sharpton, Brown Professor Glenn Loury argues that “Democrats seem unable to do two things at once: condemn Mr. Trump and refuse to defend ideas and people that are not worthy of being defended.”

The reverse is true as well: Anything Trump supports, no matter how warranted that support may be, they feel compelled to rally against it. So where does that leave progressives and Israel?

But recently, some progressive members of the Democratic Party have crossed over the line of mere sharp criticism of Israel, and have veered into territory that is outright anti-Semitic.

For Democrats who want to distance themselves from rhetoric that blatantly attacks a minority community — and yes, Jews are a tiny minority — silence should not be the answer. And yet, silence — if not outright and explicit support — has largely been the response of mainstream Democrats to both the anti-Israel and often anti-Semitic attacks by the freshman members of Congress who have dubbed themselves The Squad.

Representatives Ilhan Omar and Rashida Tlaib, in particular, have been especially vocal about their support for the anti-Semitic Boycott, Divestment and Sanctions movement. The purpose of the BDS movement is to delegitimize and finally to destroy the Jewish State of Israel, and the fact that this isn’t universally recognized as an anti-Semitic aim reflects horribly on mainstream pro-Israel Democrats.

Still, it is possible to be a BDS supporter without actually being an anti-Semite. All that is required is a little ignorance.

The typical BDS-supporting student is not an anti-Semite, but rather a young adult eager to prove his or her progressive bona fides by involving him or herself in the perennially en vogue pro-Palestinian cause. If you speak to most of these students, you’ll quickly come to the conclusion that they know nothing about the BDS movement’s founding, founders or even what the movement’s goals really are.

America’s elected representatives, however, are not entitled to the same level of ignorance.

There are some Democrats have been unequivocal in their reproach of the BDS movement. Rep. Ted Deutch, D-Fla., recently said that “boycotts have been previously used as tools for social justice in this very country,” but that “BDS doesn’t seek social justice. It seeks a world in which the state of Israel doesn’t exist.”

But this fact seems to have been lost on Rep. Ocasio-Cortez, who recently became a cosponsor of Omar’s pro-BDS resolution and expressed her belief that “the same way me criticizing Trump doesn’t make me anti-American, criticizing the occupation doesn’t make you anti-Israel, frankly. It doesn’t make you against the existence of a nation.” But even the most superficial investigation into the BDS movement reveals that it is no mere (or kosher) criticism of Israel, but rather an attempt to rid the world of its only Jewish state.

Ocasio-Cortez and her squad are getting away with this wordplay because their colleagues are letting them. That an overwhelming majority of Democrats voted for a nonbinding House resolution condemning BDS is not enough. If a group of Democratic members of Congress got up tomorrow morning and launched a similar attack on any other minority group in this country, then the rest of the Democratic Party would not stop until it became abundantly clear that the core of the party thought those initial Dems were radical, racist extremists whose unethical behavior was putting the entire party to shame.

American Jews, unfortunately, are becoming all too aware that we are not afforded that same kind of unabashed, unequivocal support. In a year that’s shown us just how vulnerable we are in this country, that silence is painfully loud.

Daniella Greenbaum Davis
is a writer living in New York. Her work has appeared in the New York Times, the Wall Street Journal, the Washington Post, the New York Post, the Spectator and the Federalist.
The views and opinions expressed in this article are those of the author and do not necessarily reflect the views of JTA or its parent company, 70 Faces Media.