‘We are here,’ not in Israel: The new Berlin Jewish museum director on Jewish life in Germany, beyond BDS 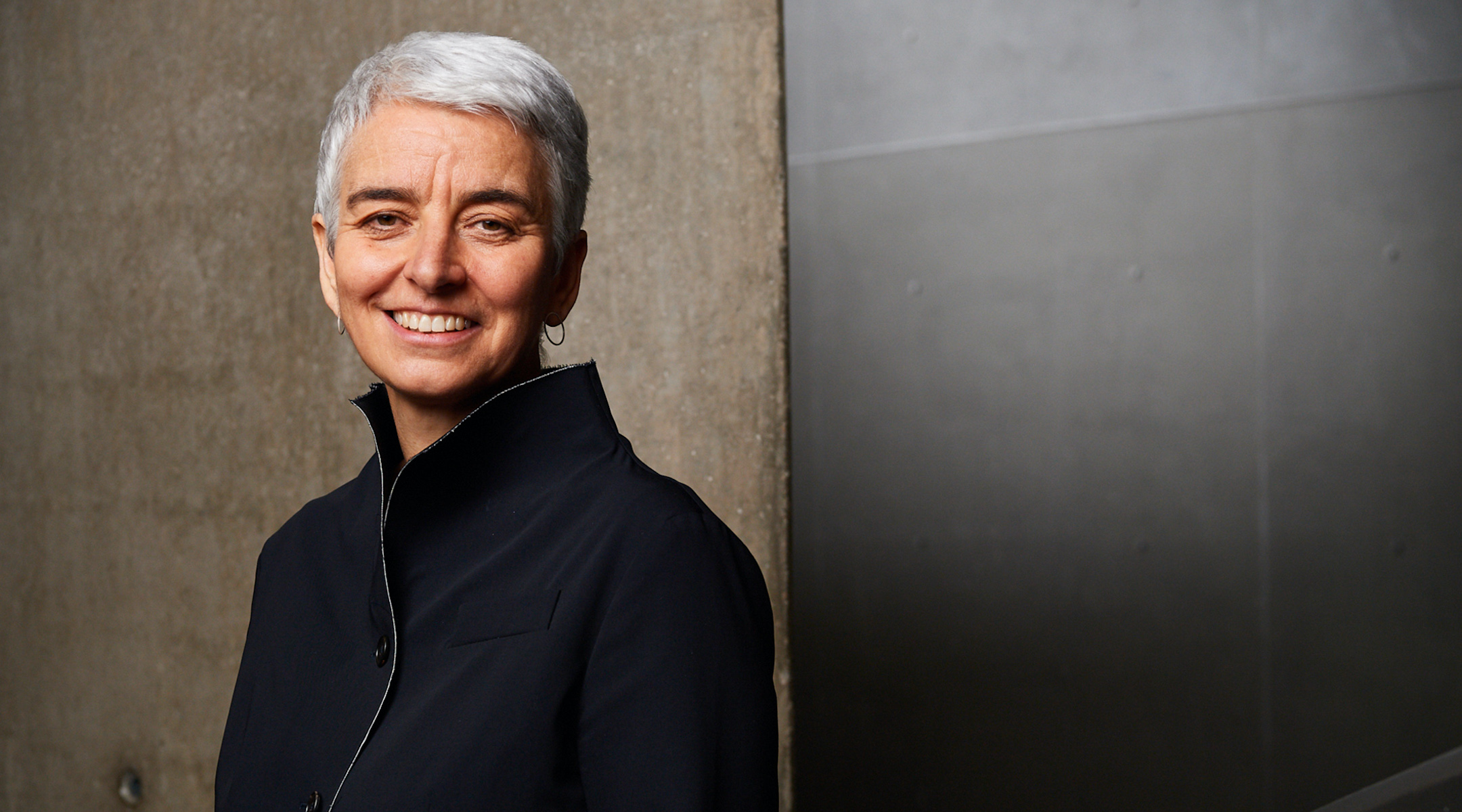 Hetty Berg comes to her new post in Berlin after spending 30 years as a manager and curator at the Jewish Historical Museum in Amsterdam. (Yves Sucksdorff/Jewish Museum Berlin)
Advertisement

BERLIN (JTA) — The previous director of the Jewish Museum Berlin left in the wake of a tweet.

In May, after the German parliament declared the Boycott, Divestment and Sanctions movement against Israel anti-Semitic, the museum tweeted a critique of the decision, arguing that it was undemocratic, and shared an article featuring several Jewish scholars who agreed. Public pressure mounted against the director, Peter Schafer, and a debate about the role of Jewish museums and the legality of the BDS movement ensued.

Schafer offered his resignation in June “to avoid further damage.”

Stepping into the fraught position is Hetty Berg, who began her tenure on April 1 after spending the last 30 years as a manager and curator at the Jewish Historical Museum in Amsterdam, where she had started as an intern. Berg, 58, has expressed regret over her predecessor’s departure, but she’s now focused on the daily functioning of the museum, which reopened on Sunday after shutting down in mid-March due to the coronavirus.

Though hesitant to talk too much about herself, Berg’s story is one that many Jews born in the shadow of the Holocaust can relate to. Born in The Hague, her family, like many Dutch-Jewish families of that time, did not wear their Jewish identity on their sleeve. It’s not that they were ashamed of being Jewish, Berg explained, but they wanted to be seen as Dutch.

A young Berg eventually became interested in exploring her Jewish heritage, and that quickly developed into learning Yiddish and Hebrew, and traveling to Israel frequently to visit family.

Now she’s spearheading a wide-ranging new permanent core exhibit titled “Jewish Life In Germany: Past & Present.” The nearly 38,000-square-foot exhibition focuses on Jewish history and culture in Germany through five historical chapters beginning with Jewish life in Ashkenaz (in what is now referred to as Germany’s Rhineland region). It moves through the Enlightenment and National Socialism and the period after 1945, highlighting Holocaust restitution, reparations and the German community’s relationship to Israel and Russian-speaking immigration.

Berg talked with the Jewish Telegraphic Agency about her thoughts on BDS, the new core exhibit, her vision for the museum and contemporary Jewish life in Germany.

JTA: I’m curious to learn more about your Jewish life growing up. What drew you to learn Hebrew and Yiddish?

Berg: I grew up in a secular home. Very humanistic, more politically engaged. Not religious at all, but we didn’t eat pork and we ate matzahs, but with Easter, not with Pesach.

When I was 14, I took private lessons in Hebrew because I wanted to go to visit our family in Israel. And from then on, I’ve gone every summer since I was almost 16.

When I was in London, I started going to the synagogue. And when I returned to Amsterdam, I became a member of the Jewish community. 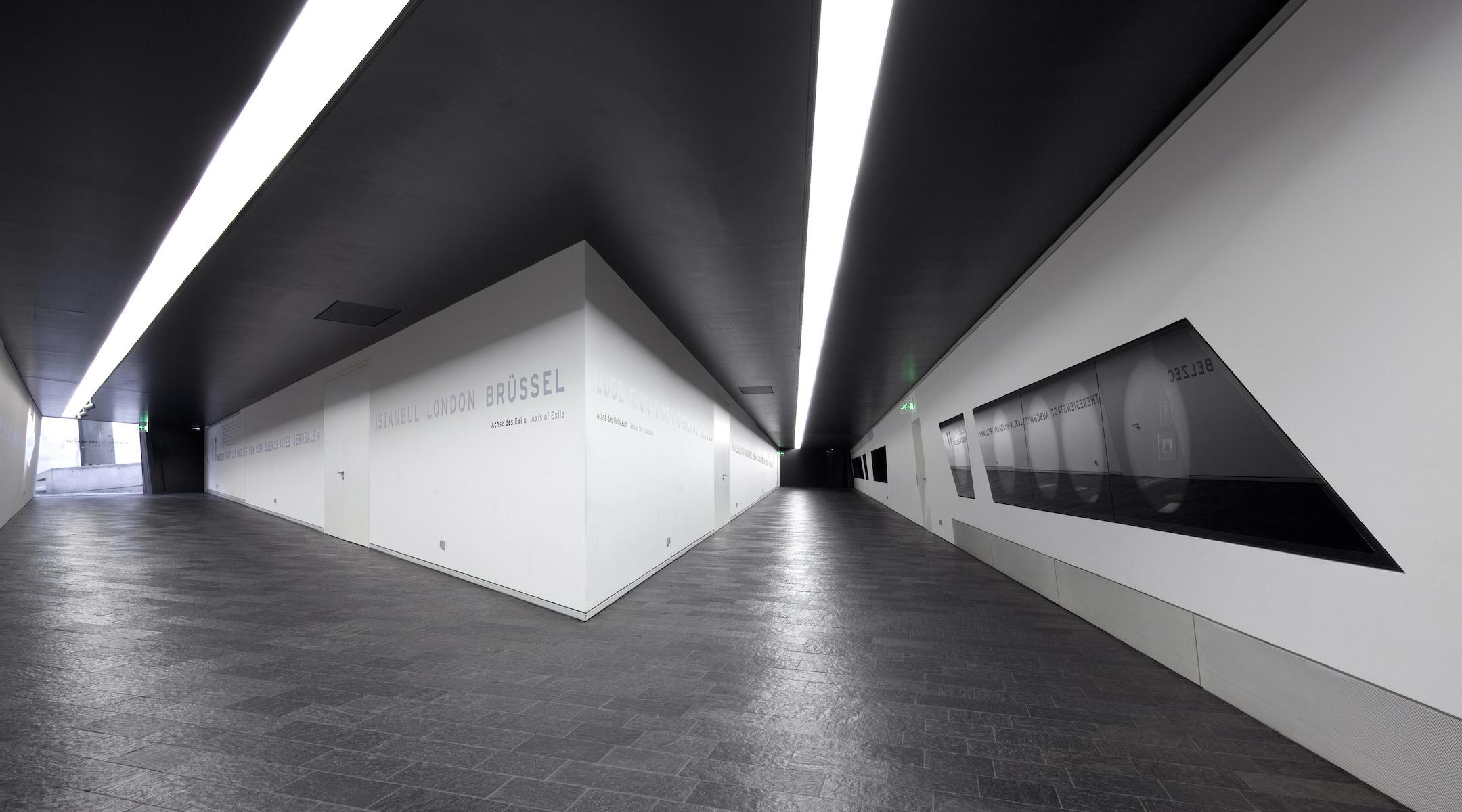 Why the sudden interest in going to synagogue after being raised secular?

Everything that had to do with Judaism and being Jewish was very charged because of the Shoah. Many Jews in the Netherlands wanted to get away from that painful past without denying [their Jewishness] but also not actively doing anything with it, at least religiously.

In the ’80s, you saw a wave of children of Holocaust survivors who went searching again for that and culture and the religion. What was this, this Judaism or this Jewishness for which so many family members had been killed? There must have been something in there.

How did you decide to make this your career?

I did not decide for this career. It was a lucky coincidence. But for this search for family history, this work of restitution, the Jewish Museum in Amsterdam was the perfect place. In that sense, it also very much nurtured my curiosity. My Jewish identity also finds expression in my work and is nourished by it. It’s a very intensive way of dealing with Jewish culture, religion and history.

What drew you to take the position in Berlin after such a long time in Amsterdam?

This institution is the biggest and most important Jewish museum in Europe. It holds special meaning in German society and is a relevant space for current debates. That makes it very interesting and challenging, but also an honor to lead an institution like this.

What do you believe is the current state of dialogue on Jewish topics in Germany?

Berlin is the place where the Jewish Enlightenment came into being, where there was this big experiment of acculturation, and in the Weimar Republic, this incredible symbiosis of Jews and Germany, especially in cultural life. And of course, this is the place where the “Endlösung” [Final Solution] was planned and directed. Berlin was the center during the entire National Socialist period.

After the war, it became the place where a lot of the work on memory and the “Vergangenheitsbewältigung” [coping with the past] also took place.

And also today, on the one hand, there are these very violent expressions of anti-Semitism. But on the other hand, there’s a revival of Jewish life and this incredible diversity of all kinds of Jewish religious and cultural expressions. So there’s a lot going on here in Berlin because it also attracts many Jews from all over the place, and they have new ideas, and that makes it also a very exciting place to be. This is something that I would like for the museum to give a podium to — these new ideas and these new initiatives.

Do you find it difficult to discuss topics involving BDS, Israel and anti-Semitism in Germany?

This is the question I get asked the most, but I’m the director of one of the biggest and most interesting Jewish museums and there’s so much more to talk about on the topics of Jewish culture itself and the diversity of Jewish life in Berlin and Germany. Our focus is not on what is happening in the Middle East and Israel. We are here. We are concerned with the history and the culture of the Jews in Germany, the past and present; the dynamics in society here in Germany between Jews and non-Jews. I think those are the topics that we should deal with.

In our new core exhibition, anti-Semitism is thematized and also contends with how we deal with it today because, of course, these are very important topics. We have, for example, a “debattenraum” [debate room], where anti-Semitism is discussed and we offer a strong educational program around that theme. There are case studies like the Judensau in Wittenberg that are discussed there. Whether or not it should be removed, what does that mean, what are the connotations? And we want to make people really think for themselves. What is anti-Semitism? Where does it start?

What are your thoughts on BDS?

I’ve said in almost all the interviews about BDS that I reject the ideas of this movement because it doesn’t only ask for a boycott of the State of Israel but also it wants a boycott of all the Israeli artists and academics. I think that cannot further the discussion. What are your ideal plans for the museum?

What I find very important is that the Jewish Museum in Berlin will be a place for Jews and non-Jews alike because this Jewish history in Germany is a shared history. Up to now, a very large percentage of the visitors, 75%, came from abroad, which is wonderful. And I really hope that in the near future, they will be able to visit here in these great numbers again.

But my goal is also to reach out especially to Berlin residents and to Germans because I want the museum to be a socially relevant place and to play a social role in society. And to achieve that, we need to reach the people who make up that society — and those are the people who live here in Germany. Especially because of all of the themes that we’re talking about here: belonging and exclusion and acculturation and keeping your own identity and diversity. These are the pressing issues of today, but they were also important throughout history.

Besides the permanent exhibition, what other kinds of exhibits can people can expect to see?

Our first temporary exhibition, opening in February, will be called “Redemption Now” by Yael Bartana and it’s her first big solo exhibition here in Germany. She’s originally from Israel, but she lived for many years in Amsterdam and now she spends her time between Berlin and Amsterdam. Yael Bartana is one of the very best contemporary video artists and she is working with Jewish themes. The Jewish Museum Berlin also gave her an assignment for new video work about Berlin and it’s called “Malka Germania.”

Next year is a very important year because it’s 1,700 years of Jewish life in Germany. It will be celebrated in a number of ways and through Germany. Three hundred and fifty years of the Jewish community in Berlin will also be celebrated and we have our 20th Jubilee next year. For the 350th anniversary in Berlin, we will also have an exhibition about Moses Mendelssohn, who was, of course, a very important figure –not just for Berlin and Germany but for Judaism as a whole. And we’ll have an exhibition of the work of the photographer Frederic Brenner, who made a project on the performance of Jewishness in Berlin today.

For the program further ahead, we’re most certainly going to do an exhibition on Jews in the DDR [German Democratic Republic, or East Germany]. This is a topic where not so much research has been done.

What’s the latest with the new children’s museum that has been in the works for four years?

We were supposed to open with great festivities on the 18th of May our new core exhibition and the Children’s World ANOHA. Our new children’s museum tells the story of Noah’s Ark with topics like sustainability, climate, how to live together, how to deal with natural resources and how to deal with all those different species of animals that have to live together on this ark. More than 150 animals have been made by artists from recycled materials. It’s very, very beautiful.

Because it’s very hands-on, we’re not able to open it now, not until November. But that will be a completely new offering here in the neighborhood. It will be very family friendly and open to all cultures, so I really hope that this will become an important center for the neighborhood.