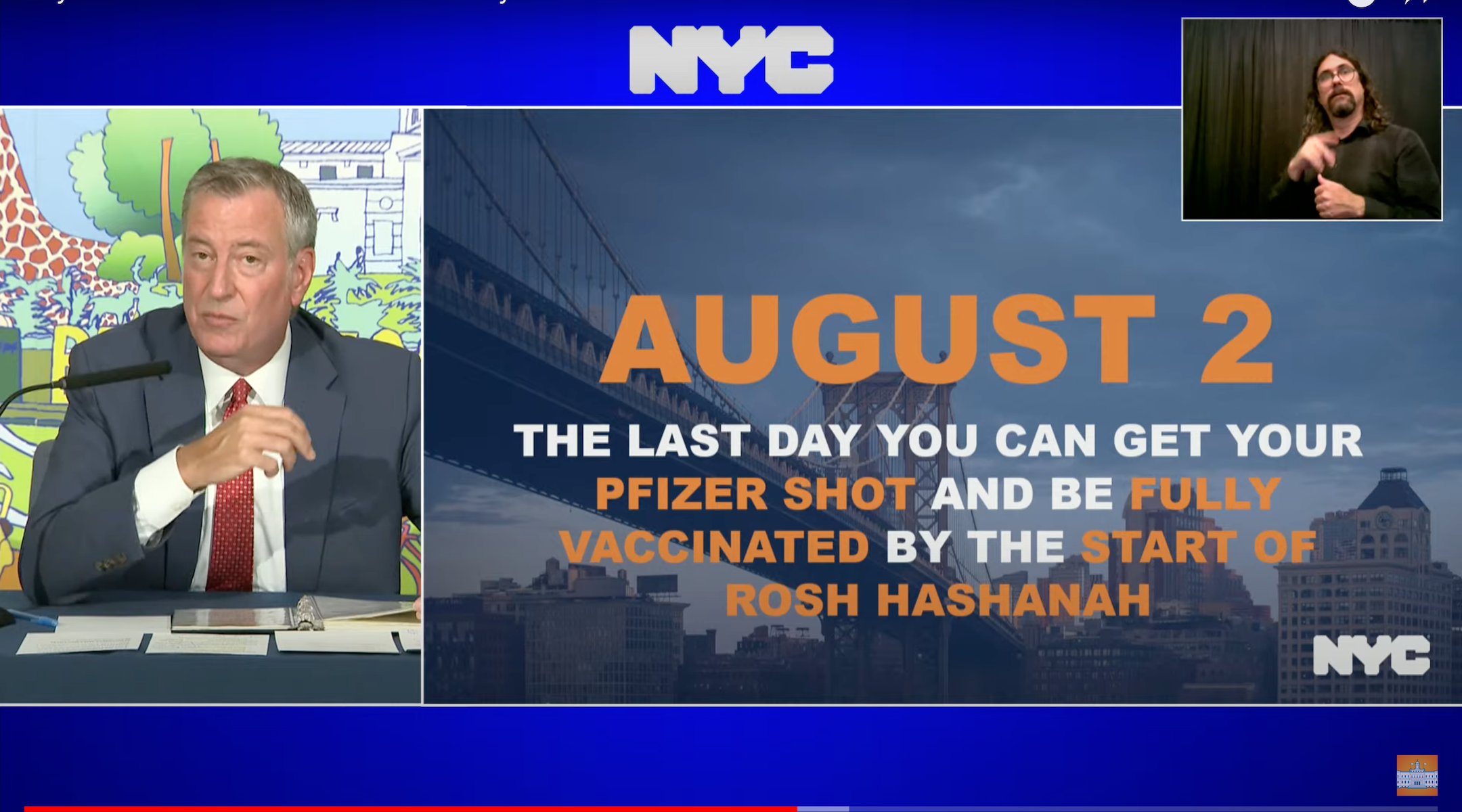 Mayor Bill de Blasio encouraged New Yorkers to get a coronavirus vaccine by Monday — in time to be fully vaccinated by Rosh Hashana. (Screenshot from YouTube)
Advertisement

Shabbat shalom, New York. Every Friday, The Jewish Week emails a digest of the week’s best stories, which you can print out for offline reading. Sign up for “The Jewish Week/end” here. Get today’s edition here.

Mayor de Blasio wants you to be fully vaccinated by Rosh Hashanah.

Carl Levin, the Jewish Michigander and pro-Israel stalwart who served 36 years in the Senate, has died at 87. Levin was a go-to Democrat for pro-Israel lobbyists, although he parted ways with AIPAC when he backed the Iran nuclear deal in 2015.

How can we love the stranger when Torah also tells us to vanquish our enemies? In Israel, writes Rabbi Haviva Ner-David, the contradictions of this week’s Torah portion are confronted every day.

NEWS OF THE JEWS QUIZ

Our friends at The Nosher recently taste-tested “the most horrifying” hummus flavors they could find. Can you spot the fake among the otherwise real flavors below?

The Museum of Jewish Heritage, 36 Battery Place, presents an in-person screening of “Asia” (2020, 85 minutes, Hebrew with English subtitles), starring Shira Haas as a Russian émigré to Israel, navigating her teenage years along with her single mother. Info here. Sunday, 2:00 pm.

Photo, top: Mayor Bill de Blasio encouraged New Yorkers to get a coronavirus vaccine by Monday — in time to be fully vaccinated by Rosh Hashana. (Screenshot from YouTube)