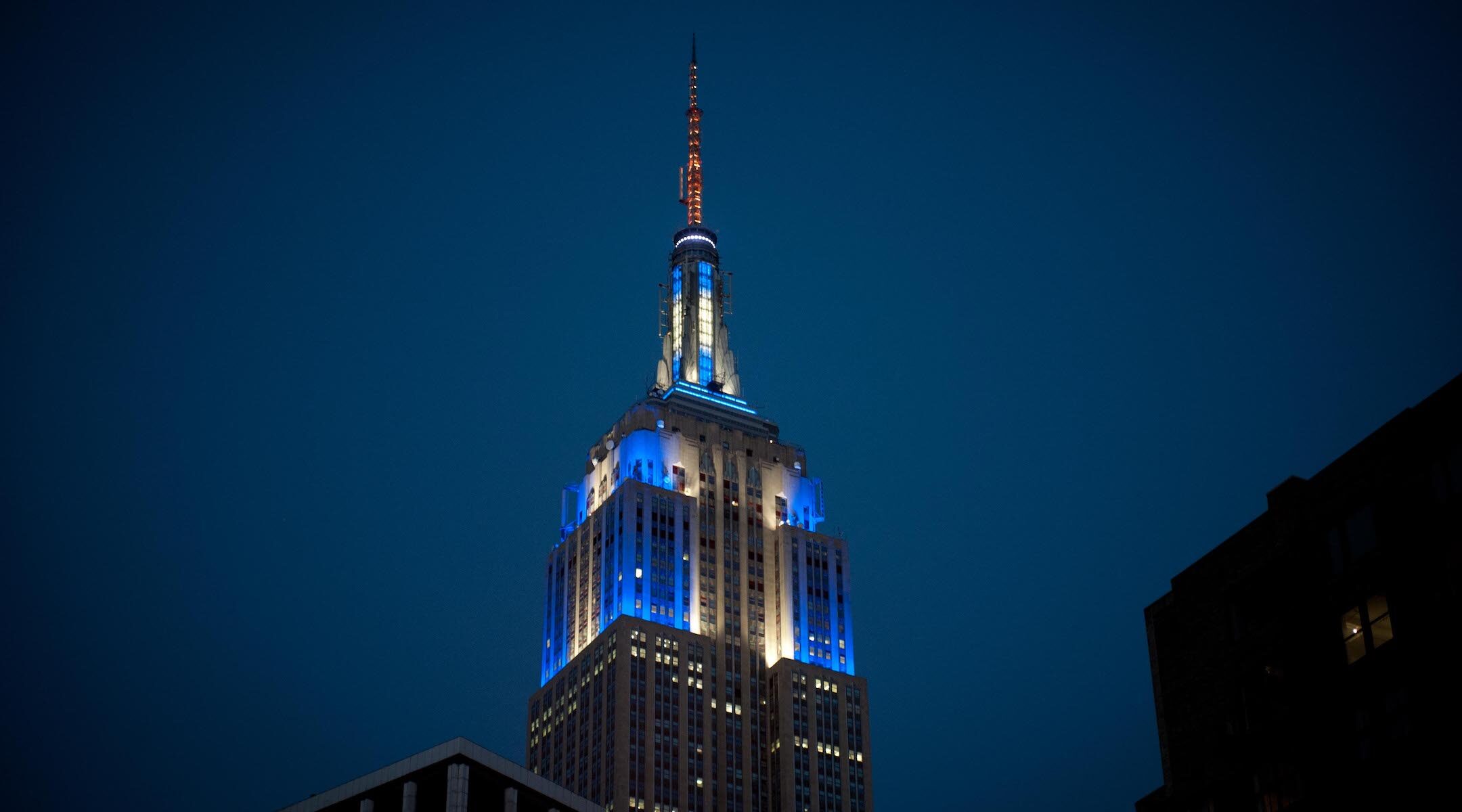 SPIRITUAL JOURNEY: New York City Mayor-elect Eric Adams told reporters he planned to engage in “some spiritual cleansing” during a trip to Ghana this week. But no one anticipated that he’d wind up at a Chabad Hanukkah party in Accra, extolling Rabbi Menachem Mendel Schneerson. We have video! (New York Jewish Week)

A TREE GROWS IN BATTERY PARK CITY: A tree grown from a white maple grown as an act of resistance in 1943 in the Theresienstadt concentration camp will be planted today near the Museum of Jewish Heritage. Students at a local public school will care for it as part of their Holocaust curriculum. Register here to watch the livestream at 11 a.m. (New York Jewish Week)

LANNER LAWSUIT WIDENS: Another woman has joined the sexual abuse lawsuit against Orthodox groups that employed Rabbi Baruch Lanner, who served time in prison for abusing students. But others who wanted to were too late for New Jersey’s “lookback window.” (New York Jewish Week)

“SUCCESSION” SALE: As it turns out, the giant mezuzah that was a backdrop to Jewish actor Adrian Brody’s appearance on “Succession” was authentic to the house, which a wealthy Jewish couple just sold for an eye-popping $45 million. (New York Jewish Week)

AROUND THE JEWISH WORLD WITH JTA

Our colleagues at My Jewish Learning are hosting a virtual class, “Hanukkah: A Key to Understanding Rabbinic Judaism,” led by Rabbi Aryeh Bernstein. Learn about the laws and traditions of Hanukkah, and how the holiday came to exemplify the the goals of Rabbinic Judaism. Today at noon. Register here.

With the future of Roe v. Wade hanging in the balance, join the Jewish Women’s Archive for “History Course: The Hidden History of Jews and Reproductive Rights in America,” a four-part series that begins tonight at 8:00 p.m. Details and registration here.