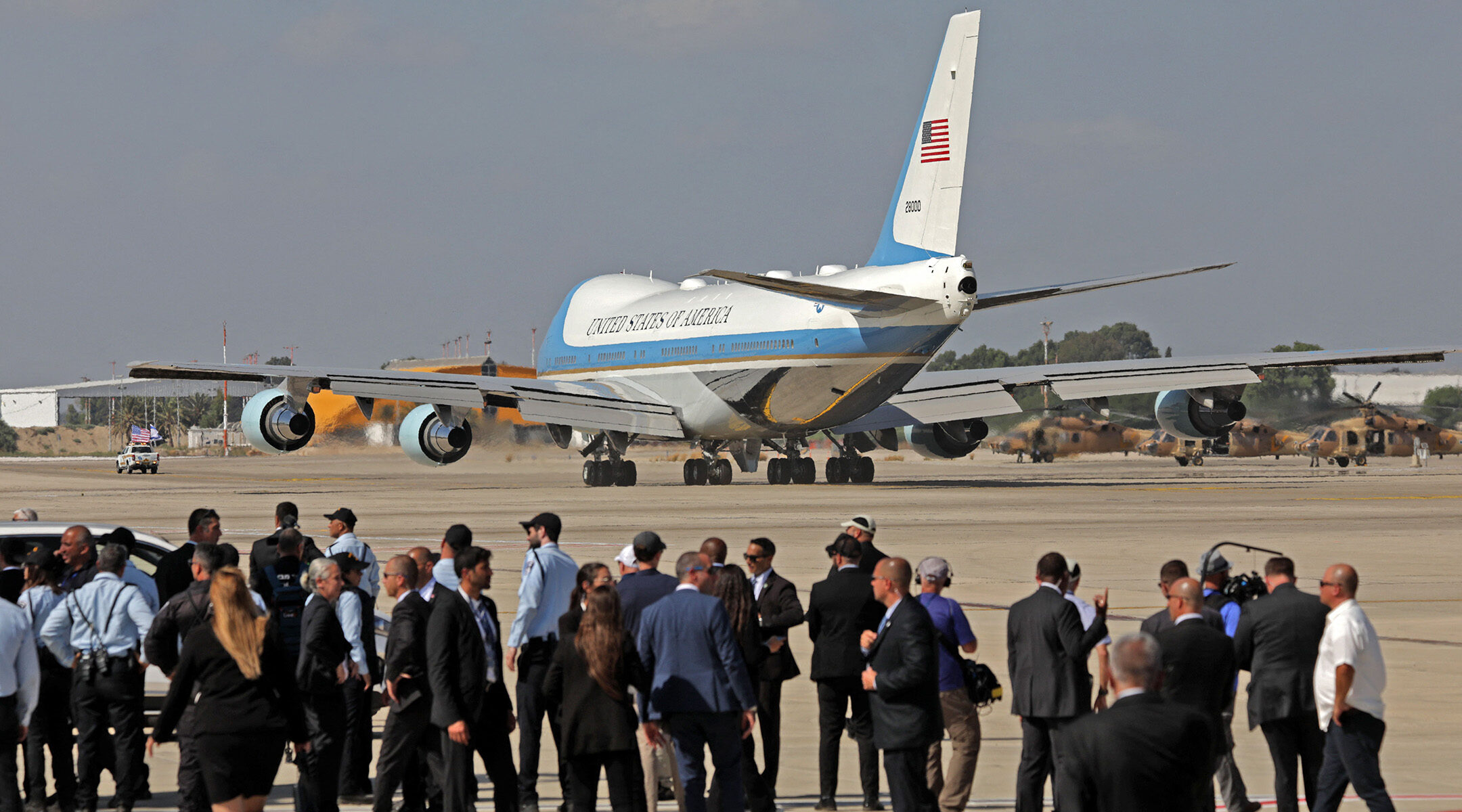 (JTA) — Saudi Arabia fully opened its airspace to Israeli flights for the first time, the latest sign of the two countries’ warming relations.

The country’s civil aviation authority announced the change on Friday, as President Joe Biden flew into Jeddah, Saudi Arabia, for a conference of Gulf states.

Until now, Israeli flights to and from Asia had to detour around Saudi Arabian airspace. The move saves flyers hours of time and symbolizes a steadily growing cooperation between Israel and Saudi Arabia on logistical and security issues.

In the leadup to his first presidential trip to Israel this week, Biden pushed for increased diplomacy between Saudi Arabia and Israel, which has opened up since 2020, the year of the first Abraham Accords signings. Saudi Arabia has so far avoided formally signing onto the treaty, which has normalized relations between Israel and several of its Arab neighbors.

“I will also be the first president to fly from Israel to Jiddah, Saudi Arabia,” Biden wrote in a Washington Post op-ed ahead of his trip. “That travel will also be a small symbol of the budding relations and steps toward normalization between Israel and the Arab world, which my administration is working to deepen and expand.”

Biden, echoing the views of a growing group of American lawmakers, is also a supporter of a defense alliance between Israel, Saudi Arabia and several other Arab nations meant to counter Iran’s aggression in the region. Biden is expected to discuss that prospect in Jeddah on Saturday.

“This decision is the result of the President’s persistent and principled diplomacy with Saudi Arabia over many months, culminating in his visit today,” U.S. National Security Adviser Jake Sullivan said in a statement on Friday about the opened airspace.