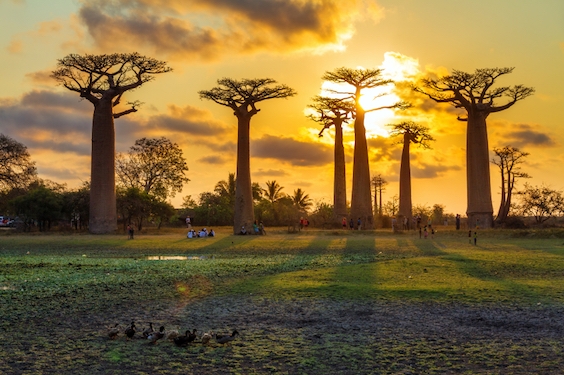 In one version of the alternate reality in which the Holocaust never happened and Israel was never established, there was the possibility of a very different outcome: the so-called African solution. In 1940, Adolf Eichmann presented a foreign policy strategy for ridding the Third Reich of Jews. Working with the French, who ruled Madagascar, a large island nation off the east coast of Africa, he proposed sending four million Jews to Madagascar over a period of four years while confiscating all of their money and property. Madagascar would become an enormous ghetto, run by the SS, and the Jews would be hostages, stripped of their German citizenship, under constant threat of extermination.

Would the Madagascar Plan have been better than death camps and gas chambers? We’ll never know–the plan was deemed too expensive and abandoned in 1942.

In a surprising twist, Madagascar is now home to a fledgling Jewish community. These Malagasy Jews believe Madagascar is the original Garden of Eden, and that they are long lost descendants of the ancient Hebrews. They celebrate Shabbat, pray in Hebrew, and blow the shofar. Recently, they received their first Torah, a gift from Congregation Kehillat Jeshurun in New York City.

The Next Best Jewish Idea