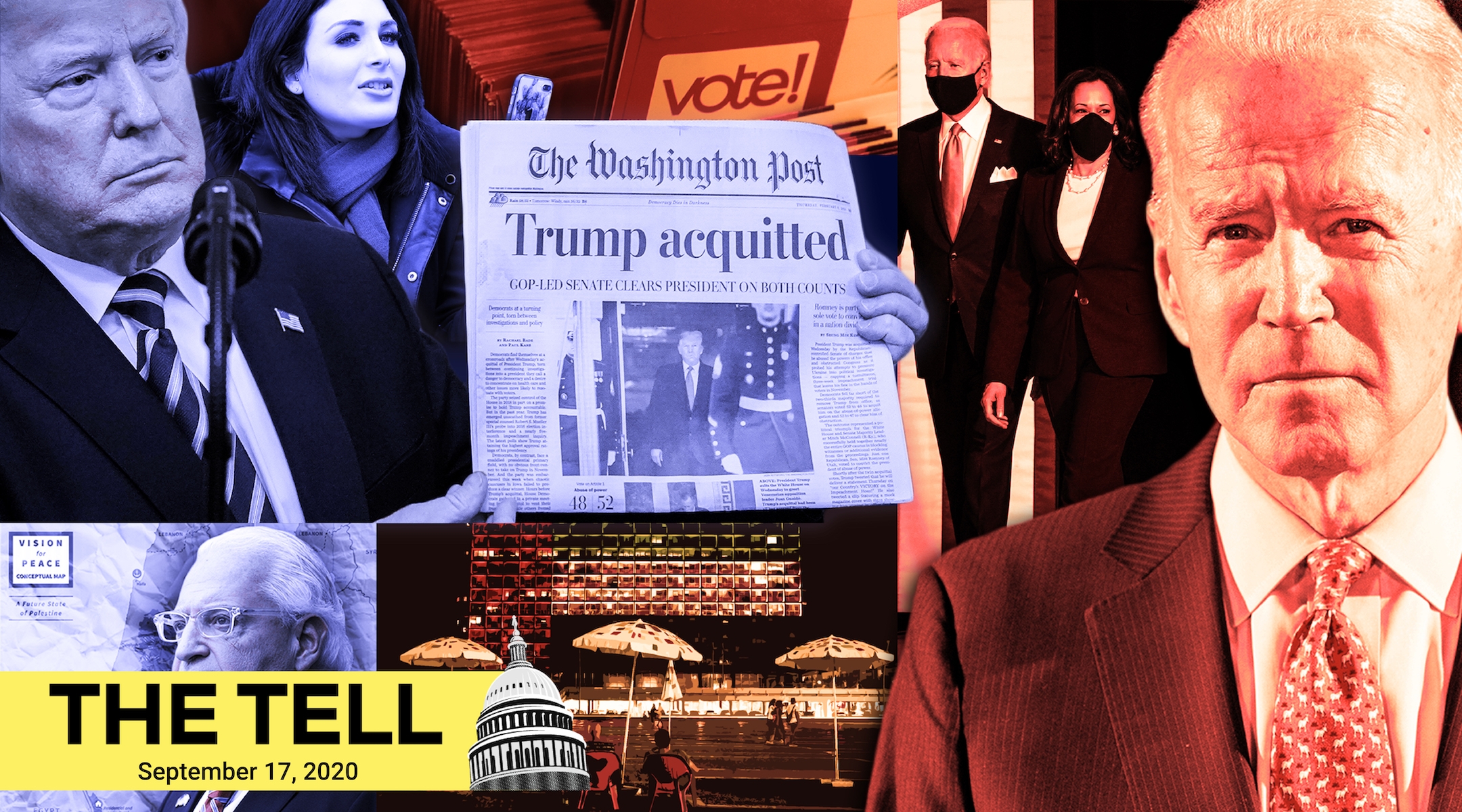 WASHINGTON (JTA) — To prepare for Rosh Hashanah, take a break, my editor said. Let’s take this moment to look back at the crazy year in politics, he said.

Shana tova to my readers, and here’s hoping we’ll get a bit of a breather in 5781. Here are some takeaways and highlights from the past Jewish year.

The Jews of impeachment

Last fall, the story was President Donald Trump’s impeachment — doesn’t that feel like a biblical millennium ago? It’s easy to forget the sheer number of Jewish players at the heart of the ordeal, from Ukraine’s president, Volodymyr Zelensky, to the whistleblower Alexander Vindman to the Democrat committee chairs who led the proceedings, like Adam Schiff. I rounded up the long list here.

The fact that the Democrats’ three lawyer witnesses were Jewish also caught the eyes of people like Ann Coulter, who said there was “too little ethnic diversity” on the panel.

Another bombshell development that feels long ago at this point, especially after Tuesday’s signing of the Israel-Bahrain-United Arab Emirates normalization deals, was the possibility of Israel annexing parts of the West Bank. Prime Minister Benjamin Netanyahu had pushed for the action as early as July 1, but the Trump administration put the brakes on it.

I covered the intense response to Netanyahu’s goal, which critics warned would permanently damage the possibility of a two-state solution. A Democratic senator proposed legislation against the annexation, and some of the most prominent pro-Israel voices in Congress came out loudly against it. Even AIPAC, the biggest pro-Israel lobby in the country, allowed lawmakers their criticism here.

Among the 20-plus candidates who vied for the Democratic nomination, Joe Biden had the longest-standing and closest relationship to the pro-Israel community. Once the former vice president was the nominee, he made clear that he would hew to his bona fides: Biden said he would not consider conditioning assistance to Israel nor boycott the AIPAC lobby’s annual conference, and he nixed including the word “occupation” in the Democratic Party platform.

But the Israel-skeptical progressives in the party are not going away; in fact, they are gaining strength. “The Squad” remains in place, and the quartet of first-term congresswomen is expected to be bolstered by new members who ousted longtime pro-Israel stalwarts.

Republicans and Jews, waiting out Trump

The Republican congressional leadership, joined by the Republican Jewish Coalition, spent a good part of the year attempting to purge extremists from the party’s ranks (and the convention) — and then retreating into silence when some of the same extremists were endorsed by President Trump. It didn’t help that Trump has made it his mission to purge from the party the foreign policy interventionists like John Bolton who once comprised the wing of the party most favored by politically conservative Jews. Or that the very themes the extremists peddled seeped into the Republican convention messaging.

How to pitch Trump to the Jews remained the main Republican Jewish dilemma this year. Trump made the work interesting with Rosh Hashanah greetings in which he berated Jews for voting for Democrats and again appeared to conflate American Jews with Israel.

Earlier this month I spoke to Laura Loomer, the Jewish right-wing provocateur who was kicked off Twitter for her Islamophobia. She’s running for a House seat against a Jewish incumbent, Lois Frankel, who’s a moderate establishment Democrat. Frankel calls Loomer a bigot; Loomer says Frankel does the bidding of jihadists. The whole thing was a very Jewish slice of the culture wars.

I was at the White House this week as the foreign ministers of the United Arab Emirates and Bahrain joined Trump and Israeli Prime Minister Benjamin Netanyahu to sign the Abraham Accords — treaties opening up normalized diplomatic relations between their countries and Israel. It was a historic moment, and I parsed the messaging at the signing event. My colleagues explained the nuts and bolts and significance of the deals.

By the way, JTA is hosting an extra special High Holidays-themed news quiz show tonight at 7:30 ET. Find it here, and I’ll see you there.

The president’s aforementioned Rosh Hashanah call, in which he used the holiday moment to campaign for Jewish votes and call Israel the country of American Jews, wasn’t his only slip-up in the eyes of some in the Jewish community this week. Some groups found a Trump campaign ad that featured Bernie Sanders as a puppet master anti-Semitic. Others took issue with Trump’s use of the words “elitist globalist” to describe Jewish rival Mike Bloomberg. Then Abe Foxman, the former longtime head of the Anti-Defamation League who normally avoids making political endorsements, eviscerated Trump’s record on Jewish issues in an op-ed.

There was a sliver of good news for the president though: A survey of Jewish voters found that Trump’s potential share of the Jewish vote could increase ever so slightly this year, to 30% this time from around 25% in 2016. The Jewish Electorate Institute poll found that 67% of Jews plan to vote for Biden.

Something amiss in Florida 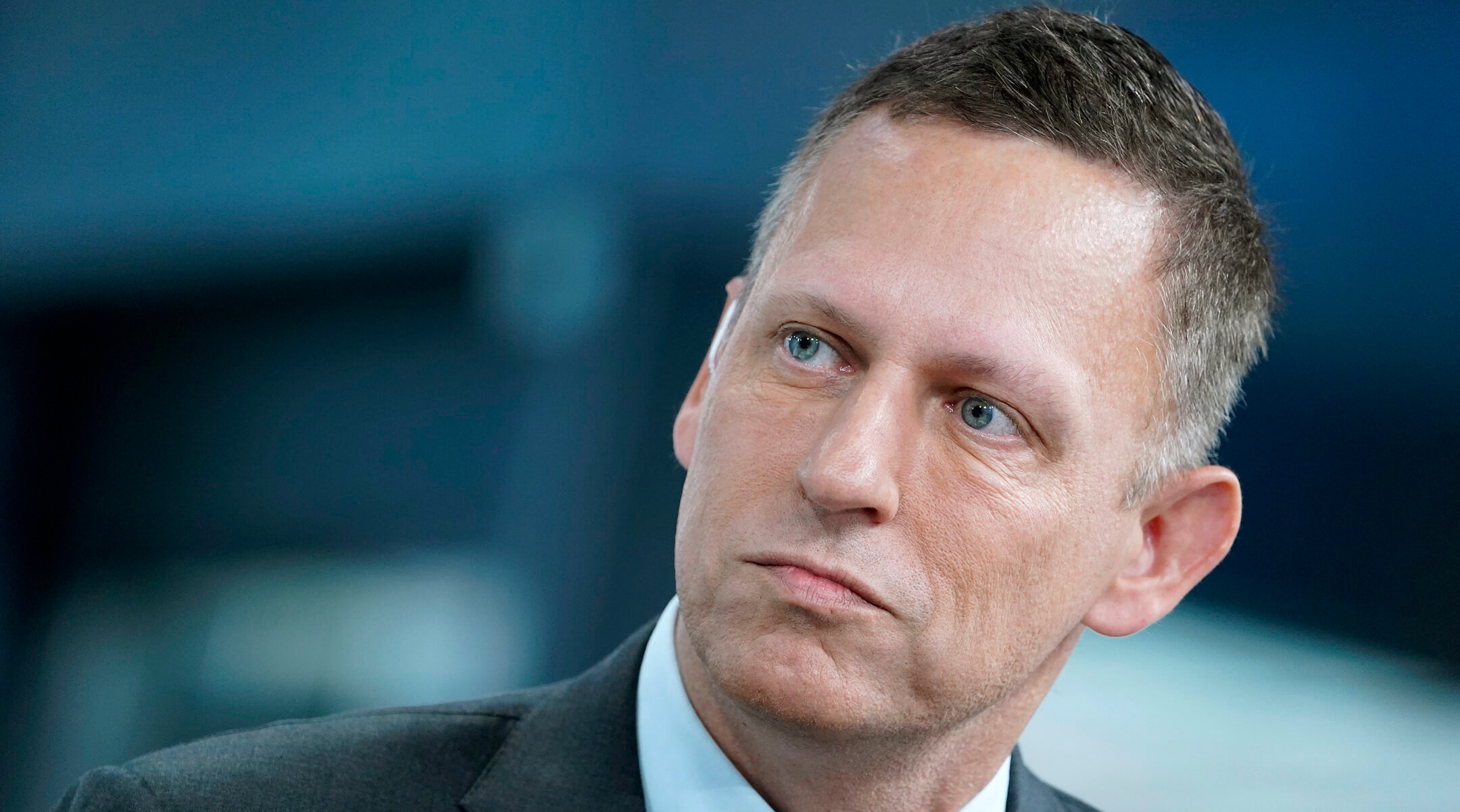 Links between the far right and the Trump campaign and administration often exist in the realm of the nudge and a wink: The infamous 2016 preelection ad that appeared to invoke slanders about Jewish global control is an example. At BuzzFeed, Rosie Gray and Ryan Mac uncovered evidence of meetings between Peter Thiel, the Silicon Valley zillionaire who is a major backer and adviser to Trump, and white supremacists. 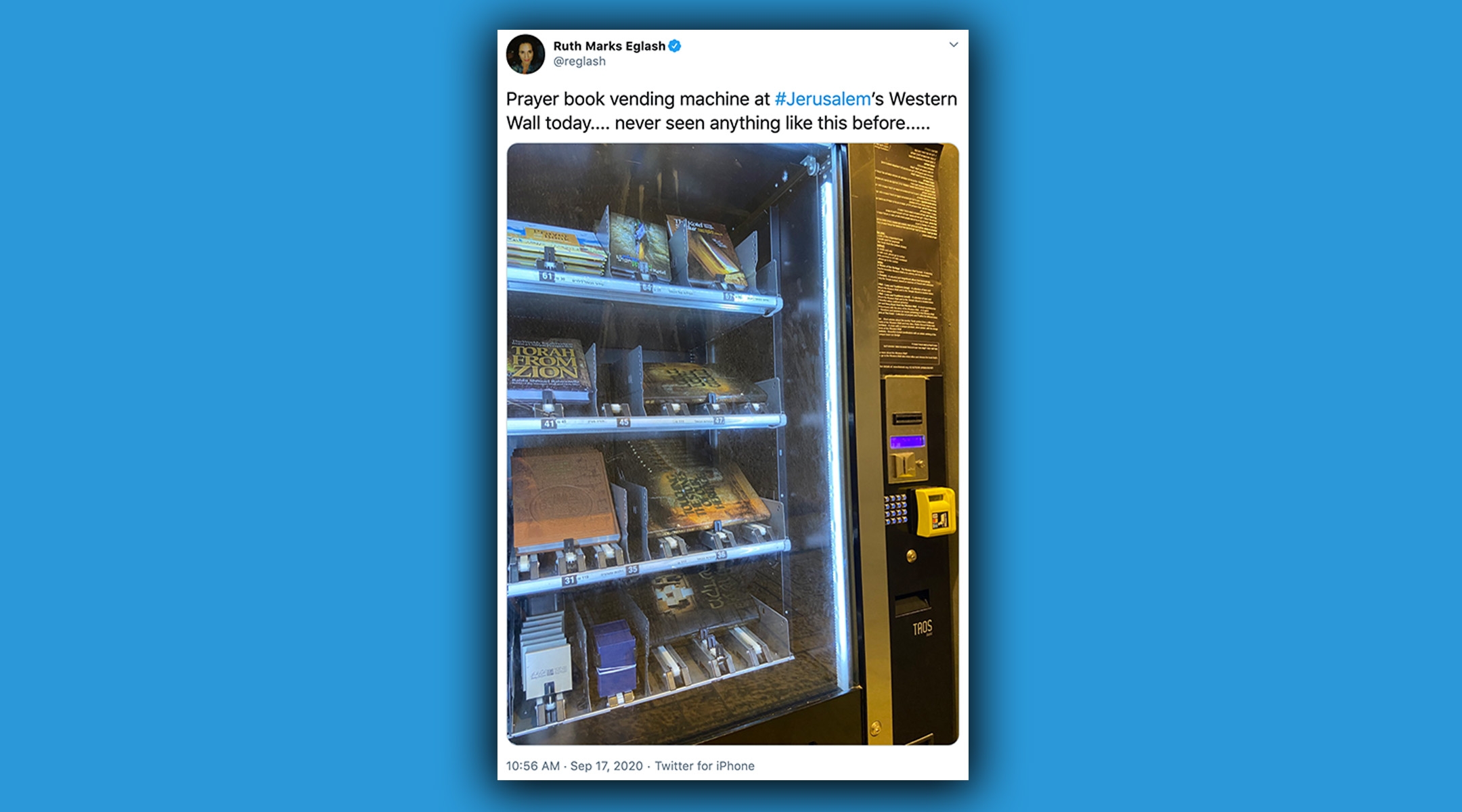