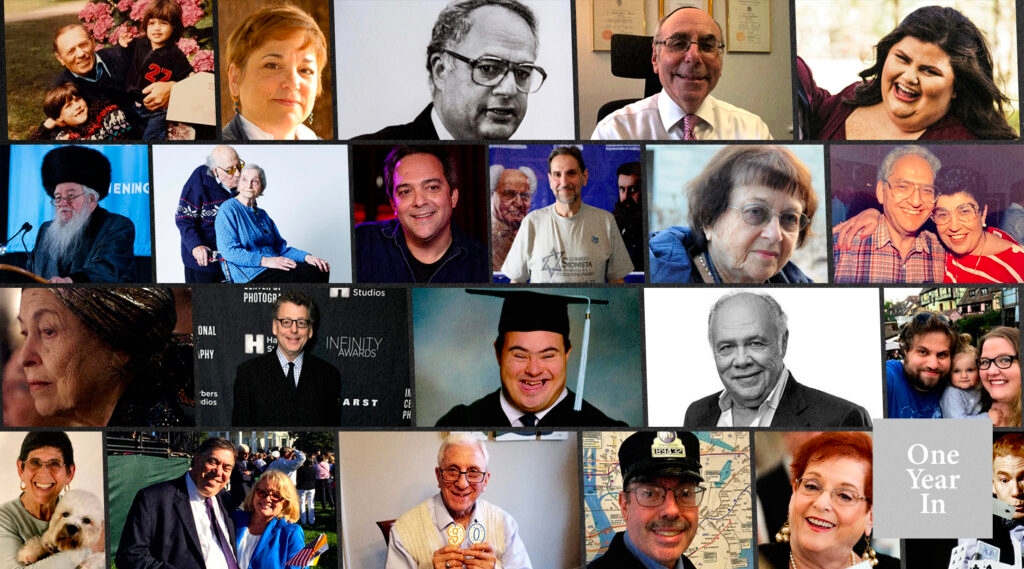 Among the millions of people worldwide who have died during the coronavirus pandemic — including nearly 1 million in the United States  and more than 10,000 in Israel — there have been countless Jews. In this space, we at the Jewish Telegraphic Agency are commemorating each of those lives lost. We need your help to make this list complete. If you have a name you want to share with us, please use this link.

How we compiled the names: This list is not exhaustive. No list could be. But we have made every attempt possible to gather the names of people whose published obituaries identified them as Jewish victims of COVID-19, drawing on both local Jewish newspapers across the United States as well as the Legacy.com obituary platform that many news organizations use. We also drew on the obituaries published through our Bonds of Life initiative and the names submitted there and to Faces of COVID, a Twitter account memorializing people who died of COVID. And we searched for news stories about families in mourning. Our list so far focuses on the United States, and barely addresses the nearly 6,000 people who have died in Israel or the thousands of Jews known to have died in Europe. We plan to continue adding to it.